How Will a Recession Impact the Real Estate Market? 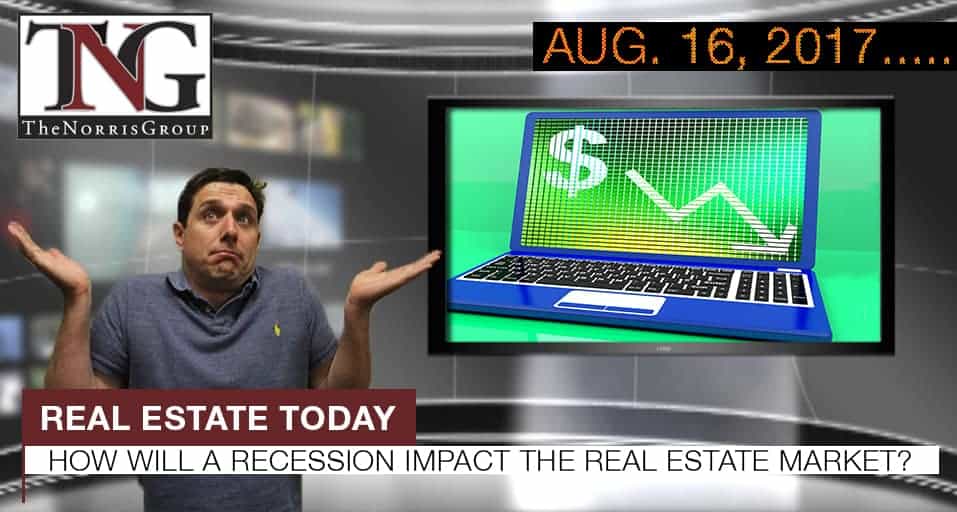 Experts are predicting a recession within three years.  The National Association of Realtors reported a 6.2% increase in home prices in the second quarter.  In addition, existing home sales decreased from the first quarter by 0.9% to 5.57 million due to lackluster supply.

Zillow – “Another Recession Will Start Within Three Years, According to Experts” (8-16-2017)

“There is a 73 percent chance the next U.S. recession will begin by the end of 2020, according to a panel of experts surveyed for the 2017 Q3 Zillow Home Price Expectations Survey.”

“There’s no question that buying a house with cash will make you feel like a million bucks. Maybe you came into a large inheritance, or you’re just really good at saving. Either way, paying the price of the home in full means you won’t have to worry about making mortgage payments.”

“U.S. home building unexpectedly fell in July as the construction of single- and multi-family homes declined, which could temper expectations of a rebound in housing market activity in the third quarter.”

“In the market for a new home? You’ll fare better if you’re house-hunting in Texas.  Dallas, Houston, and Austin are on pace to build a total of nearly 130,000 new homes in 2017, based on a Trulia analysis of building permits.”

“The headstrong supply and demand imbalances in much of the country slightly tempered the pace of sales and caused home prices to maintain their robust growth in the second quarter, according to the latest quarterly report by the National Association of Realtors.”

“Headstrong is a rather interesting word, but the National Association of Realtors (NAR) chose it to describe the continuing imbalance between supply and demand in the housing market.”

“The L.A. Board of Supervisors is slated to vote Tuesday on a pilot program that would grant homeowners up to a $75,000 subsidy to build a second dwelling on their property to house the homeless.”

Bruce Norris will be presenting his latest talk 10 Life-Changing Days of a Real Estate Investor with InvestClub TONIGHT.

People affected by flooding in the Lousiana area had the option of receiving mortgage assistance, as Fannie Mae reminded them.  The latest data from both HUD and the Commerce Department showed a 2.1% increase in housing starts, in part to an increase in multifamily housing.  Interest rates were needing to increase at least one time this year according to Dennis Lockhart of the Federal Reserve Bank of Atlanta.