Using the Auction Method as an Alternative to Selling Houses 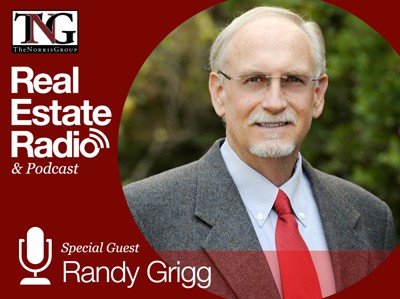 Selling by auction has several advantages over other methods if the process is done right.

Elite Auctions recently celebrated its 10-year anniversary of selling our own fixed-up houses, and assisting other flippers to sell their inventory.  As President, I can tell you we made a lot of mistakes in the early days.  Today, we think we have a well-oiled system for selling property efficiently.  We continue, however, to try and improve, as the “cheese” is moving all the time.

For basic background info, I’ve been involved in the real estate game for 35 years now. For the first 23 years, I was accumulating single-family houses for cash flow.  Twelve years ago, I stopped buying houses for investment because my wife and I had enough income to support our lifestyle.  Now, for the past 12 years, our company’s focus has been buying and selling houses as well as conducting onsite auctions.

When I started, all houses were turned over to the best Realtor® in town to sell. The average time, however, to find a qualified buyer who actually closed seemed excessive.  Many of the escrows fell apart because of contingencies.  The buyer always got their deposit back regardless of the reason because I couldn’t move on without canceling the current escrow, and the escrow company held the deposit.  So instead of having a two-month holding period after fix-up, many times it took four months or so to actually close — often with two to three different “pre-qualified” buyers.

When I saw the benefits of using an onsite auction for selling, the process helped take the guesswork away from the critical holding period where costs accumulate on a daily basis. Our auction contract, which the buyers sign, is much different than the standard “pro-buyer” California (CAR) contract.  The buyer purchases “as is” with no contingencies, and he or she relinquishes a large, nonrefundable deposit which is deposited into our trust account — not in a “negotiable” escrow account. It seems fair to me that when we own the property, we should be able to dictate the terms — whether it’s renting to a tenant or selling a rehab.

When we started selling by auction, all our rehabs were sold using an absolute auction (no minimum bid / no seller reserve).  After using my houses as guinea pigs and selling substantially below value, we were forced to learn how to market more effectively, how to talk to potential bidders, and how to create a “feeding frenzy” with buyers.

In the early days, we sold seven houses and a fourplex for a very savvy investor — all absolute with no reserve because he preferred this type of auction and trusted our system to get the highest price possible.  In Kentucky and other midwestern and eastern states, an auction isn’t an auction unless it’s absolute without reserve.  Basically, our auctioneer friend in Kentucky tells us that about half of the sellers call him to sell their property absolute and the other half sell traditionally with a Realtor® through the MLS.  He tells us no one would show up if there was a minimum bid or reserve!

California hasn’t caught on to using auctions to sell its own houses, but many Californians love to buy at auction…oftentimes paying way too much.  You see, a well-orchestrated/advertised auction will benefit the seller, not the buyer. Even Trustee Sales, that in times past were held on the courthouse steps using a monotone bid caller, are now switching to a live auction format in a hotel with ringmen and a low starting bid to build momentum and competition.

About three months ago, we attended a Trustee Sale held at the Marriot to see if we could get a deal, and because we were curious about the auction company’s format.  We had our numbers calculated for all 15 houses and enough cashier’s checks to buy the two most expensive properties. Needless to say, we didn’t buy one – not even the trashed ones.  Overall, the price at auction was an average of 28% higher than we were willing to pay…RETAIL!  Just to make sure this wasn’t a fluke, we attended two more Trustee Auctions… but yes, the results were the same.

Hopefully, you see that auctions can be better for sellers than buyers.

A side note, however: right after the market crashed and there were a ton of bank-owned properties (2008-2010), we bought several houses at ballroom auctions just because the ratio of bidders to houses was much less.  We turned and sold them all onsite by auction using our company, and did quite well. TIMING is everything and the cheese is always in motion.

Next blog, I’ll discuss the best timing and the best properties to sell by auction, along with comparisons of selling by listing through the MLS vs selling by an onsite live auction.

Bruce Norris of The Norris Group will be at the OCRE Forum at the Chinese Cultural Center in Riverside on Wednesday, November 7, 2012.

The Norris Group will be holding their Distressed Property Boot Camp from January 29-31, 2012.