Bruce Norris is joined this week by Ted Boecker, Mike Novak-Smith, and  Shelly Lindekugel of RE/MAX.  This is our weekly radio broadcast.  We recorded the show with Ted, Mike, and Shelly this past week and will be featuring them on the radio show starting Friday morning.  If you’re in the Inland Empire, tune in live to KTIE 590am on Saturday morning. Or, you can listen to the show here on our website. 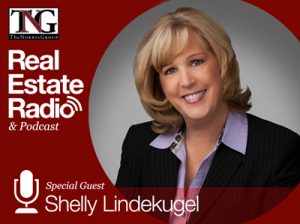 This is Shelly’s first time on the show. Shelly Lindekugel is a “Certified Real Estate Brokerage Manager” (CRB), the highest designation a Real Estate Broker can achieve in the Real Estate Business. Her diverse background in the real estate industry began in 1989. Specializing in listings in the Moreno Valley/Riverside area, Shelly has worked for several major companies including Tarbell Realtors, Coldwell Banker and Prudential California Realty over the last 28 years. In addition to selling Real Estate for each of these companies, she also managed for each of these companies. She managed the larg-est, most productive real estate office in Moreno Valley for Prudential, with more than 130 agents from 2001 thru 2007. She became the “Regional Sales Manager” for the Inland Empire for Prudential in 2004. The same year, she was named “Prudential California Realty Manager of the Year.”

In 2012, Shelly stepped down from a management position with Coldwell Banker to pursue real estate sales once more. Shelly and her partners have consistently been named as a top performing team since 2012. The team transacts approxi-mately $15,000,000 in real estate sales volume each year. Shelly is a US Air Force Veteran. Jim & Shelly have been married since 1981. Shelly is originally from Pottstown, PA. 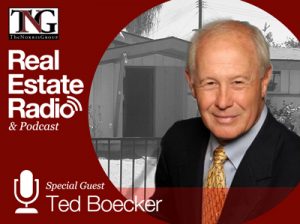 Ted Boecker is the owner and broker for RE/Max Results in Moreno Valley, having started the company in 1989. Ted has vast experience in real estate and has been able to train and lead 35 of Southern California’s highest producing real estate brokers and agents to close deals quickly and efficiently for a variety of clients in commercial, residential, multi-family, and office real estate. Nationwide Home Loan, Inc. and Remax Results Escrow Division are associated companies.

Before opening Remax Results, Ted practiced law with Millar, Hodges, & Bemis, LLC in Newport Beach. He later became a home-builder and general contractor operating Boecker Developments, Ltd., and sold real estate for The Hanes Co. from 1982 until 1989. Ted has personal experience in many aspects of the real estate field and has taken and completed numerous related courses from the Department of Real Estate and the California Bar Association, covering real estate, mortgage lending, and escrow operations. 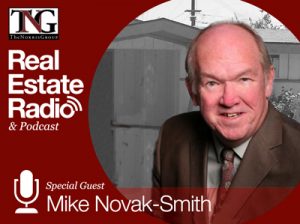 Mike Novak-Smith is not only one of the largest REO agents in the Inland Empire but the nation. Mike specializes in the default servicing side of the business which focuses on REOs, short sale, and valuation products.  He managed and sold 1000’s of homes for numerous corporate sellers from 1-4 units using the retail market, pool sales, and auctions.  Mike has been licensed in real estate since 1989, and has had a Broker’s license since 1991. To properly manage the extensive repair requirements of distressed properties Mike also has General building Contractor’s License.

If you’re in the Inland Empire, tune in live to KTIE 590am. Or you can listen to the show on your favorite podcast service