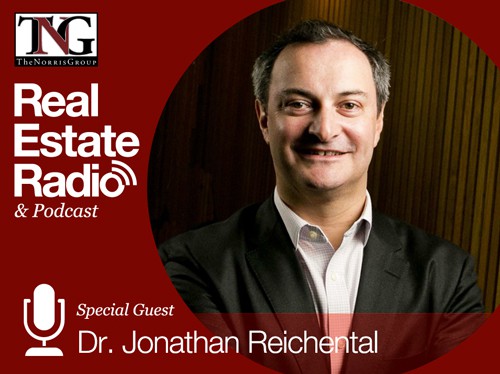 Dr. Jonathan Reichental is a multiple award-winning technology leader whose 30-year career has spanned both the private and public sectors. In 2017, Dr. Reichental was named a top 100 CIO in the world and in 2016 was named one of the top 20 most influential CIO’s in the United States. He is recognized as a global thought leader on a number of emerging trends including urban innovation and blockchain technology. In 2013 he was recognized as one of the 25 doers, dreamers, and drivers in government in America. His innovative work in government has also been recognized by the White House. Works with his teams to apply technology innovation in organizations to create new value and to enable work to be more meaningful and fun.

He is also an adjunct professor at several universities including the University of San Francisco as well as a popular writer and educator producing several highly successful online courses with LinkedIn Learning. He co-authored The Apps Challenge Playbook, and he is a frequent public speaker on a wide range of technology and business-related topics. Co-hosts the popular podcast, Drinking Wine Talking Tech.

Check us out on our website at www.thenorrisgroup.com and be sure to tune in next week as Bruce continues his interview with Tony Alvarez. For more information about The Norris Group's California hard money loans or our California Trust Deed investments, visit the website or call our office at 951-780-5856 for more information. For upcoming California real estate investor training and events, visit The Norris Group website and our California investor calendar. You'll also find our award-winning real estate radio show on KTIE 590am at 6pm on Saturdays or you can listen to over 170 podcasts in our free investor radio archive.