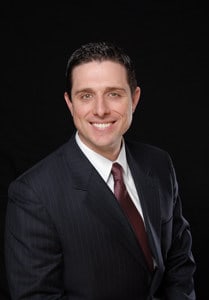 Aaron Norris (CA BRE #: 02038616 | NMLS #: 1641953) is Vice President of The Norris Group. His role at The Norris Group includes loan officer, investor relations, business development, as well as marketing. Aaron has been in the real estate field for over a decade having worked in the construction and design industry before joining The Norris Group in 2005. You’ll catch his speaking nationally on topics like technology and real estate (artificial intelligence, robotics, shared economy, virtual reality and FinTech) as well as marketing and PR trends.

Aaron hosts the weekly award-winning Real Estate Headline Roundup Vlog as well as produces and hosts The Norris Group’s award-winning radio show and podcast. He’s also the creator of The Norris Group’s series, “I Survived Real Estate,” which has raised over $750,000 for charity since its inception in 2008. Aaron serves on several local nonprofit and professional association boards and is actively involved in the community in efforts like Give BIG Riverside County (founding team member). In total, Aaron has been directly involved in raising over $2 million for charity since 2008.

You’ll catch some of his work on BiggerPockets.com as well as Think Realty Magazine.

Aaron has an MBA from UC Irvine with a focus in marketing communications. He’s an Accredited Public Relations professional (APR) and also holds his Certified Specialist in Planned Giving (CPSG) designation.