Are There Any “Zombie Properties” In Your Town? 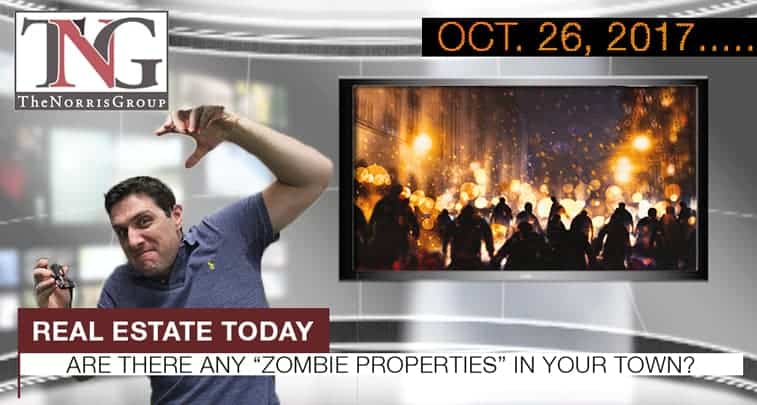 Vacant properties jump up from a year ago.  America has seen an increase in abandoned ghost towns, and Realtor.com came up with a list of the top five where you can actually buy a home.  More and more people are struggling to pay the rent as rents keep increasing.

“Rents have increased rapidly across U.S. housing markets as the share of renting households has risen faster than the number of new units.”

“Pending home sales were unchanged in September, but activity declined on an annual basis both nationally and in all major regions, according to the National Association of Realtors.”

“Homeownership may be the American dream, but what exactly does it look like? A two-story brick house on a standard suburban lot? A single-level, vinyl-sided ranch on a country acre?”

“There’s something spooky about the sheer number of ghost towns in America. According to Wikipedia, there are over a thousand of these otherworldly, abandoned municipalities lurking across the country.”

“Home prices in California will continue to increase next year, but at a slower pace, said a forecast released Thursday by the California Association of Realtors.”

The latest Housing Demand Index from Redfin showed demand at its highest in 3 years the previous month, having increased 13.3% to 105.  The Mortgage Bankers Association reported a 4.1% decrease in mortgage applications as more people were hesitant to buy.  RealtyTrac also released a list of the top 18 places to rent where demand for rentals was strong and yields were higher.