You Better Gear Up and Know Your Tools 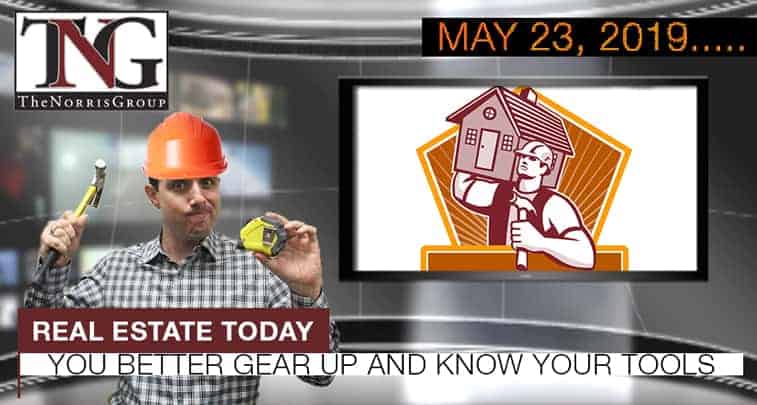 So you want to try a DIY project you saw on TV?  Mortgage rates were lower again, which actually lead to an increase in purchase demand. 30-year rates were at 4.06%, and 15-year rates were at 3.51%.  New home sales decreased in April by 6.9% to 673,000 according to the Commerce Department.

“Reality shows like “Renovation Rescue” and Rehab Addict” inspire many to get off the couch, pick up a hammer, and give DIY a try—but a new study reveals these shows may have a scary side effect: People are wielding tools they have absolutely no idea how to use—and getting injured as a result.”

“It wasn’t exactly a comedown when Spencer Wright, 31, and Bela Fishbeyn traded in their cramped Bay Area apartment for a 300-square-foot house a little more than two years ago. In fact, it’s actually been an upgrade in every way.”

“New-home sales in the U.S. declined in April, posting the largest monthly drop since the end of last year and signaling the housing market is on weaker footing during the key spring selling season.”

“America’s largest cities are shrinking but a few in the Southwest are continuing to boom.”

“Confidence in the market for new multifamily housing weakened in the first quarter of 2019, according to results from the Multifamily Market Survey (MMS) released today by the National Association of Home Builders (NAHB).”

“Disaster preparedness is not a fun topic, but actualizing it rather than shoving the thought aside is a far better way to hush that nagging voice”

“House flipping is on the rise, according to a report from CoreLogic.  Data from CoreLogic indicates the home-flipping rate has increased year-over-year for 12 consecutive quarters, and on a seasonally adjusted basis is now at the highest level since CoreLogic started keeping track in 2002, at 10.9% of home sales as of Q4 2018.”

Aaron Norris will be moderating the ADU Panel for SDCIA on Tuesday, June 11.

Bruce and Aaron Norris will be speaking at the NSDREI 15th Anniversary Dinner Party on Tuesday, June 18.

There was a new trend in the single-family rental market.  The Mortgage Bankers Association reported mortgage applications decreased 2.6%, while at the same time rates increased.  New home sales decreased by 1.5% according to HUD and the Census Bureau.