Yields by the Treasury at their Highest in Five Years 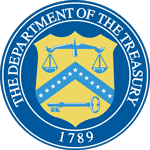 November home sales and price report
Builder Confidence Edges Down One Point in December
Single-Family Starts Reach Seven-Year High in November
Morning Briefing: This age group makes up most US renters (and it’s not millennials)
Why is the Gap for Risk Between First-Time and Repeat Homebuyers Widening?
FHFA Proposed Rule On Fannie Mae & Freddie Mac Duty to Serve Undeserved Markets
‘The Big Short’ tries to make 2008 financial crisis fun to watch
Freddie Mac: Despite Fed rate hike, interest rates will stay at “historic” lows in 2016

Aaron Norris of the Norris Group gives the news of the week in the world of real estate in this week’s Norris Group real estate headline roundup.  Several major banks passed the test regarding servicing rule in conjunction with the National Mortgage Settlement.  Yields by the Treasury are at their highest in five years.  Shortages in inventory are expected to continue into and have an affect on the market into next year.

“‘Our top ten have been fairly consistent, as limited supply and low interest rates continue to push these markets. This list will change if we see an increase in interest rates early in 2016,’ said Tom O’Grady, CEO of Pro Teck Valuation Services.”

“Buying a home is still very much part of the American Dream but concerns over the economy are preventing some from doing so.”

“The Federal Reserve made a bold move yesterday, which most of the mortgage predicted would happen before 2015 comes to a close. The federal funds target rate was raised by a quarter of a percentage point up to 1/4 to 1/2 from its near-zero level where it has been since 2006.”

“Today, the Mortgage Bankers Association (MBA) announced the promotion of Tamara King to the position of Vice President of Residential Policy and Member Engagement, effective January 1, 2016.”

“This low housing inventory environment is not projected to go away any time soon, according to the latest report from Capital Economics. “A lack of housing inventory continues to drive developments in the market. As demand has slowly recovered, low inventory levels have weighed on home sales and put upwards pressure on house price,” the report said.”

“Now that the record-low rate era has come to an end, so too has the refi era, according to one veteran originator.”

“The higher demand for single-family rental properties, primarily due to low vacancy rates, has put upward pressure on rents. In turn, rising rents have prevented many would-be first-time homebuyers from entering the housing market. The national homeownership rate fell to a 48-year low in the summer of 2015 to 63.6 percent.”

Bruce Norris will be presenting his newest talk Stay Put, Cash Out, Or Change Seats? with Prosperity Through Real Estate on Tuesday, January 5.

Bruce Norris will be presenting his newest talk Stay Put, Cash Out, Or Change Seats? with CVREIA on Tuesday, January 12.

Bruce Norris will be presenting his newest talk Stay Put, Cash Out, Or Change Seats? with AOA Orange County on Tuesday, January 19.

Mortgage rates decreased again according to Freddie Mac with 30-year rates being at 3.8% and 15-year rates at 3.09%.  The HUD program was facing delays again after Secretary Julian Castro said funding towards the program was holding people back from owning homes.  Insurance policies totaling $155 million were taken care of by Freddie Mac in order to help decrease liability for taxpayers.