Will You Need a Garage in the Future? 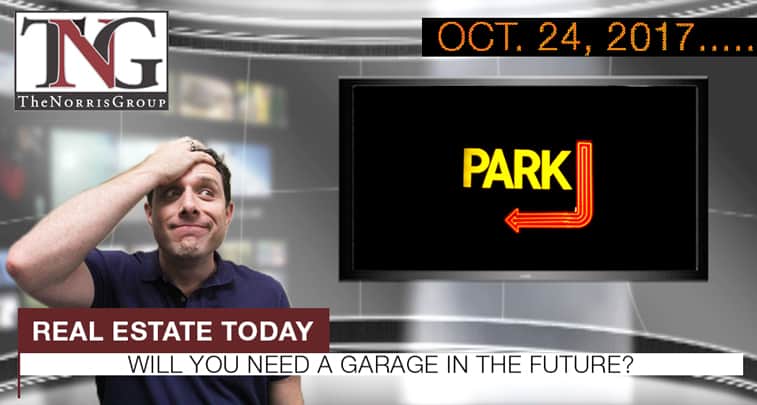 Where will you live when self-driving cars take over the roads?  Home prices in California are at their highest levels since the bubble with median prices increasing almost 10% in Southern California.  In addition to prices, home equity loans are also expected to increase drastically.

“Ever since the epic housing crash of the last decade, homeowners have been incredibly conservative with their housing debt.”

“The typical American household in 2017 owns more than two Apple products, and even as Samsung and Apple duke it out for top smartphone market share, the real estate industry appears to have a clear favorite: iOS.”

“When David Richard and his girlfriend Kate Burt decided to buy a home earlier this year, they knew it was a competitive real estate market. Sellers of homes in the $175,000 to $225,000 range in good condition in east sidesuburbs were receiving multiple offers, often over asking price.”

“Today’s cars and trucks aren’t just faster and more efficient. Their very shapes have changed, turning them into spaces to work or rest as you travel.”

“I recently made my first visit to Nashville while attending an industry conference.  If I learned two things about the city, it’s that life starts after midnight and Johnny Cash maintains a strong presence in Music City.”

“Apartment landlords have been wrestling with the question of whether allowing tenants to rent their units out as hotel rooms on sites like Airbnb.com is an amenity or a nuisance for their tenants.”

ATTOM Data Solutions released their latest data on the single-family rental market for the third quarter, showing which markets were the best for these homes.  A similar report was released by Ten-X showing the best markets for single-family non-rentals, Florida and Las Vegas being at the top.  More and more people who wanted to own a luxury apartment in New York were wanting one thing in particular: driveways.