What About Santa’s Village 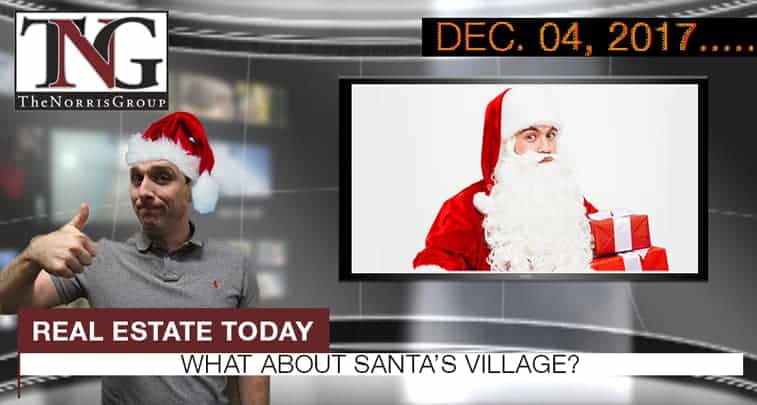 Yes, there’s a Zestimate on Santa’s house.  Renters are losing out on an extra $2,000 a year due to fewer and fewer places being affordable.  The latest S & P Global Ratings showed they expect a doubling in the non-QM market, possibly even tripling.

“Fannie Mae (FNMA/OTC) today announced the launch of DUS Disclose, a new MBS disclosure website that will enhance the transparency and increase the data available for Multifamily securities in alignment with the industry.”

“Is the only thing missing from your dream mansion the money to buy it? For those willing to update or relocate, hunting for the mansion of your dreams might not mean a choice between breaking the bank and breaking your heart.”

“Today, the Data and Analytics division of Black Knight, Inc. (NYSE: BKI) released its latest Mortgage Monitor Report, based on data as of the end of October 2017.”

“Rising rents are eating up an increasingly large share of tenants’ incomes, costing the typical U.S. renter almost $2,000 more per year than they would if renters were devoting the same-sized chunk of their paychecks to their landlord as they used to.”

“U.S. foreclosure activity dropped to a more than 11-year low in third-quarter 2017, but a fissure of risk showed up in some of the more arcane data that points to an emerging longer-term trend.”

“Last week, structured finance analysts at Wells Fargo released this outlook report for private and agency mortgage-backed securities. The entire outlook can also be downloaded by following that link.”

“One looks like folded origami with glass windows and wooden shelves inside. The other looks like a sideways triangle with a slanted roof and space for a small couch.”

“Cocoa is available on tap at Santa’s 2,500-square-foot, three-bedroom, two-bath cabin, which Zillow’s wild imagination brings to life with a cheerful, creative rendering.”

Bruce Norris will be presenting Stay Put or Cash Out with SDCIA on Tuesday, December 12.

Bruce Norris will be presenting Stay Put or Cash Out with Prosperity Through Real Estate on Tuesday, January 2.