Typical U.S. Home Worth More Than 200K For the First Time Ever According to Zillow 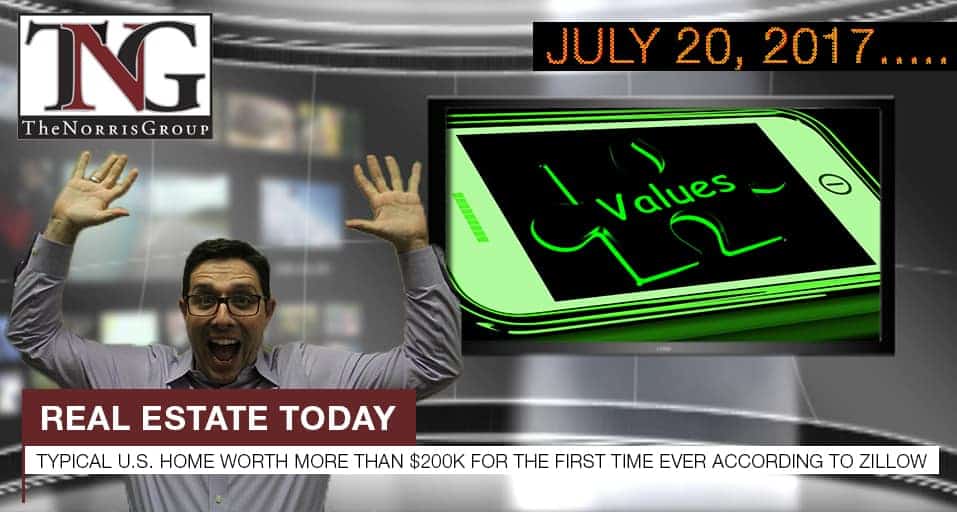 During the height of the housing bubble over a decade ago, the median U.S. home value peaked at $196,600 but never surpassed the $200,000 threshold until now.  Freddie Mac reported mortgage rates decreased again with 30-year rates now at 3.96% and 15-year rates 3.23%.  There has not been one new residential development in Industry City for the last 20 years, but now this could change with their latest request for 20 home proposals.

“The typical U.S. home is worth over $200,000 for the first time ever, according to the June Zillow Real Estate Market Reports. The national median home value is now $200,400, up about 7 and a half percent since this time last year.”

“Poverty is something most Americans don’t like to think much about—unless they’re struggling to rise out of it.  When they do focus on it, images of rural shacks or dilapidated neighborhoods in crime-ridden cities usually come to mind.”

“The lowest level of filings for U.S. unemployment benefits in about two months may reflect growing demand for workers in a tight job market, Labor Department figures showed Thursday.”

“In West Hollywood, 20 new residences is a small housing complex. But in the City of Industry, which only has 60 houses, the addition would be revolutionary.”

“When Elvira Fernandez decided to turn her Mexico City apartment into a temporary rental space through Airbnb Inc., she never imagined she’d be cashing in as much as 50 percent more than a long-term lease would’ve yielded”

Fannie Mae said it would likely not be until June of this year when we see an increase in interest rates (which appeared to happen).  The Mortgage Bankers Association reported a 1.3% decrease in mortgage applications from the previous week.  Freddie Mac reported those 55 and older, which made up 1/4 of the population, were moving away from tradition when viewing the housing market.