Take Care of Christmas and New Year’s Resolution At The Same Time! 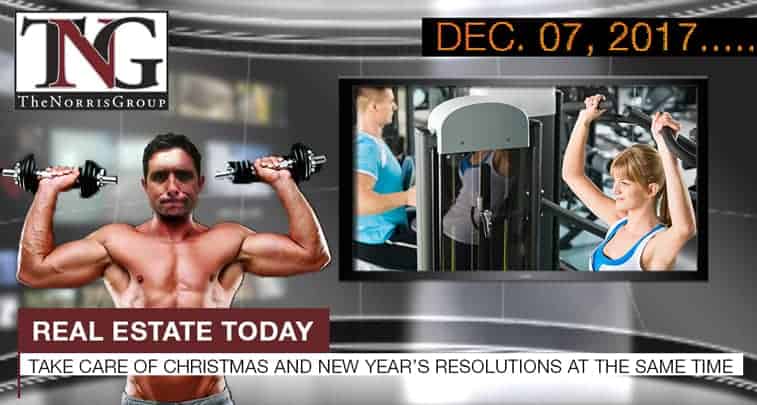 “A group of powerful mortgage industry experts sent out this letter to the House of Representatives Wednesday, demanding that Congress include affordable housing measures in its tax reform.”

“ATTOM Data Solutions, curator of the nation’s largest multi-sourced property database, today released its Q3 2017 U.S. Home Flipping Report, which shows that single family homes and condos flipped in the third quarter yielded an average gross flipping profit of $66,448 per flip, representing an average 47.7 percent return on investment for flippers — down from 48.7 percent in the previous quarter and down from 51.2 percent in Q3 2016 to the lowest average gross flipping ROI since Q2 2015.”

“It’s inevitable: For homeowners, all paths eventually lead to Home Depot or Lowe’s—and for good reason.  These big-box hardware stores are the place where a dizzying array of faucets, crown moldings, ceiling fans, toilet seats, paint colors, and other supplies abound to inspire DIYers to dabble in a little (or a whole lot of) home improvement.”

“A couple of years ago I experienced the thrill of buying my first house. With the prospect of home ownership came the chance to create my very own office and man cave.”

“The U.S. is taking steps to stamp out the practice of servicemembers and veterans being pressured into taking mortgages they don’t need, a move that officials say will lower consumer costs and could lead to financial penalties for lenders.”

Bruce Norris will be presenting Stay Put or Cash Out with SDCIA on Tuesday, December 12.

Bruce Norris will be presenting Stay Put or Cash Out with Prosperity Through Real Estate on Tuesday, January 2.

Net gains on loans originated by independent mortgage banks increased in the third quarter while profits continued to remain relatively stable.  HELOCs were starting to become more expensive and continued to do so with the rise in interest rates.  Risky mortgage-backed securities were given a AAA rating once again.