Survival Guide for Moving With Pets 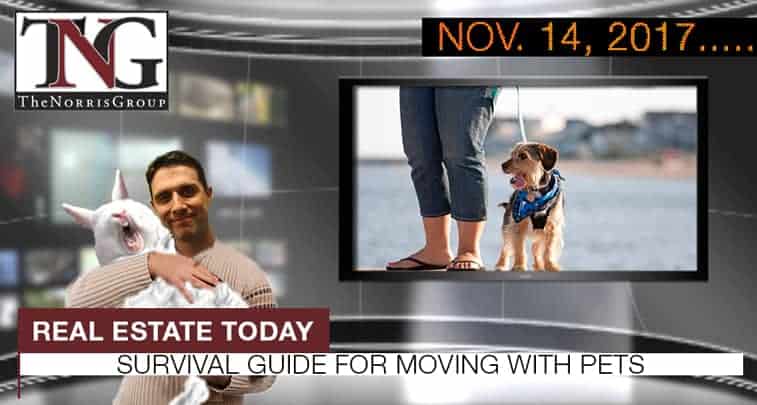 Moving is just as stressful on your pets.  Mortgage delinquency rates are at their lowest in ten years at 4.6% according to CoreLogic.  In an unique story, student housing may go through some revisions to have study areas within the housing, allowing students to live and learn in the same place.

“CoreLogic (NYSE: CLGX), a leading global property information, analytics and data-enabled solutions provider, today released its monthly Loan Performance Insights Report which shows that, nationally, 4.6 percent of mortgages were in some stage of delinquency (30 days or more past due including those in foreclosure) in August 2017.”

“In a seemingly unprecedented move, a huge coalition featuring thousands of organizations, state and local governments, and elected officials joined together to call on Congress to use the savings derived from any changes to the mortgage interest deduction via the new tax reform bill to fund low-income housing.”

“Seattle is one of the hottest real estate markets in the country and we’re betting on Seattle to maintain growth for the foreseeable future.  Limited inventory coupled with significant development, high demand and a constantly evolving marketplace are just some of the reasons why.”

“Though it sounds like science fiction, autonomous, or driverless, vehicles (AVs) are closer to becoming a common sight than many realize. Despite technological and legal hurdles that need to be overcome, many believe AVs will be widely adopted within 20 years.”

“Student housing could become as intertwined with academic space as mixed-use communities are with residential and office space, creating a central location for students to live and learn.”

“My cat, Boomer, is one weird puss. We rescued him as an 8-week-old kitten, and no sooner than we brought him home, he took over the house. He walked right out of the cat carrier and promptly punched our 70-pound Plott hound in the nose.”

“My fellow baby boomers, we need to talk. More than one in three homeowners 65 or older is still paying off a mortgage. That’s a steep increase since the turn of the century, when less than 25% of older homeowners had housing debt.”

Both Fannie Mae and Freddie Mac released their Issuance Calendars on this day, utilizing their plans for investors and debt notes respectively.  The latest Wells Fargo Housing Market Index and NAHB report showed a decrease in confidence in the housing market by two points in October.  More Chinese investors were looking for properties to invest in outside their country, including places in the United States like Texas.