Surprises Left Behind By Sellers; Treasure or Trash? 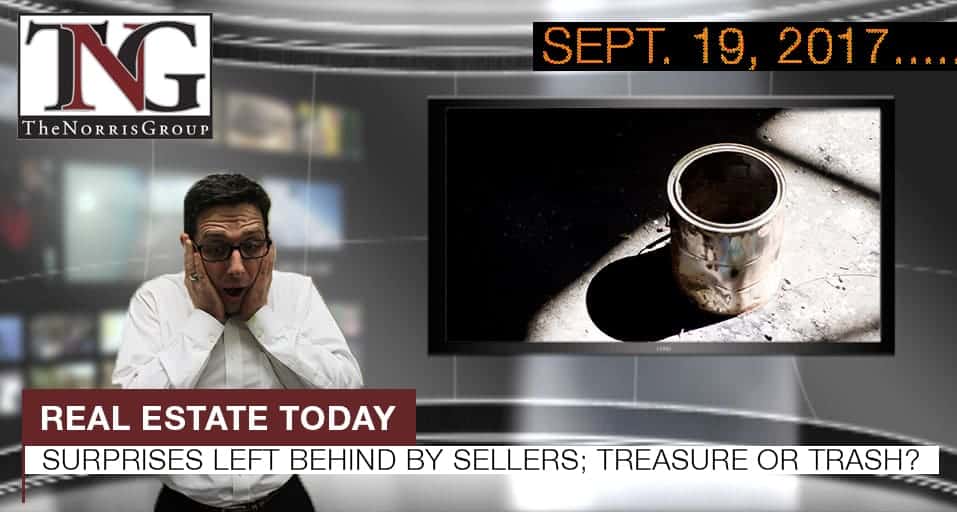 What is the craziest thing you’ve ever found in a new home?  You might be surprised what some people find.  HUD and the Commerce Department reported a 0.8% decrease in housing starts across the nation.  Out of all the voters in L.A., over half of them want to leave due to increasing rents.

“Nationwide housing starts fell 0.8 percent in August to a seasonally adjusted annual rate of 1.18 million units, according to newly released data from the U.S. Department of Housing and Urban Development and the Commerce Department.”

“Forget earthquakes — housing costs are driving residents out.  More than half of California voters have considered moving, and 60 percent of the electorate supports rent control, the Sacramento Bee reported.”

Realtor.com – “#NewHomeProblems So Horrifyingly Hilarious, They Have Their Own Hashtag” (9-19-2017)

“Moving into a new home is exciting for sure, but it also has its share of hassles—all of which can be found in a corner of the internet with the hashtag #newhomeproblems.”

“Following through on a threat made last week, the state of Massachusetts is suing Equifax over the credit reporting agency’s massive data breach, which exposed the personal information of 143 million U.S. consumers to hackers.”

The NAHB reported builder confidence increased this month from 59 to 65.  The National Association of Realtors released a list of markets that were down in their construction of new homes, which came out to 80% of metropolitan areas measured by the industry.  The ESR group connected with Fannie Mae also released their latest housing outlook report showing an increase in the strength of the economy, although a few areas like investment in inventory and exports were still weak.