“Sellers Need a Trusted Adviser (Realtors) They Can Lean On”-Zillow 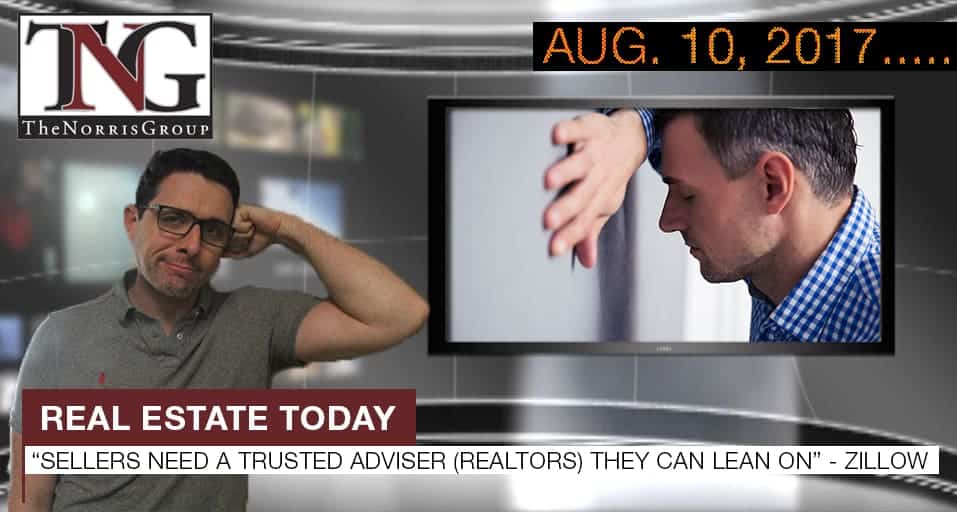 Instant Offers:  Zillow tells you what it is, isn’t, what they learned and where it’s going.  Housing affordability is lower with increased home prices and tight inventory, standing at 29% compared to 32% in the first quarter.  Mortgage rates also decreased again with 30-year rates at 3.9% and 15-year rates at 3.18%.

“Higher home prices resulting from a severe lack of homes for sale and high demand during the hot home-buying season eroded California’s housing affordability in the second quarter, the CALIFORNIA ASSOCIATION OF REALTORS® (C.A.R.) said today.”

“Finding the ideal home or apartment to rent can be tricky. Even though there’s less financial commitment than with buying, you’re still selecting a place that will be home, sweet home, for what could be years.”

“Fannie Mae (FNMA/OTC) today began marketing its fourth sale of reperforming loans as part of the company’s ongoing effort to reduce the size of its retained mortgage portfolio.”

“Back in May, we announced the launch of our Zillow Instant Offers test. We’re now almost three months into it, and we’ve learned a lot.  Earlier today, we announced that the test is expanding into a third market: Phoenix, AZ. We’ll dig into the Phoenix expansion more later, but first let’s cover some basics about Instant Offers.”

The Mortgage Bankers Association reported a 7.1% increase in mortgage applications from the previous week.  Fannie Mae just announced they were be selling off a large amount of non-performing loans, a small portion of these loans being community impact pools.  China showed less of an interest in U.S. real estate with the drop in Chinese real-estate sales.