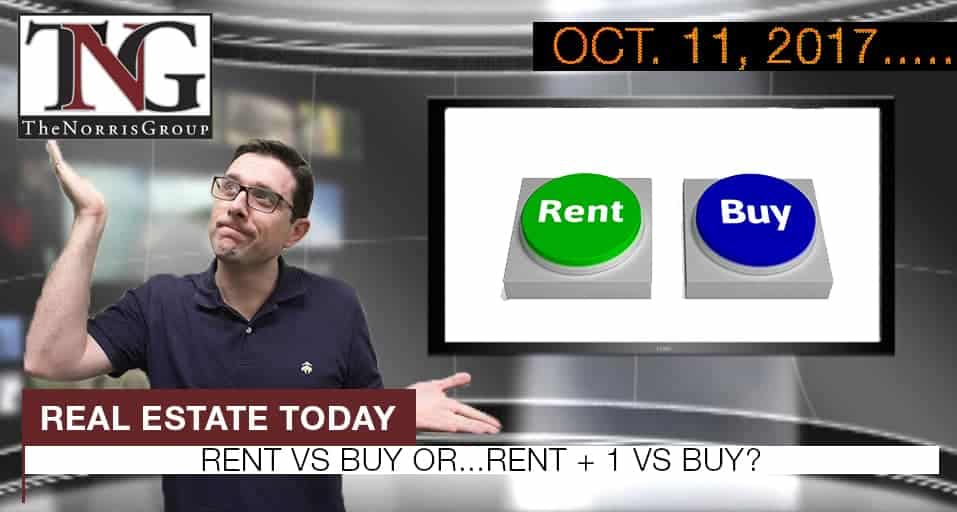 Buy or rent?  How much does having a roommate change the equation?  The main institutions that are moving in to fill in empty retail space are churches.  Amazon’s adding a new product to their already growing online retail: tiny homes.

“Have you heard the one about the priest who walks into a vacant shopping center?  As retail’s struggles continue across the country, landlords have started to expand the types of tenants they look at to fill vacancies, and churches are now getting more consideration, according to the Wall Street Journal.”

“Mortgage applications decreased 2.1 percent from one week earlier, according to data from the Mortgage Bankers Association’s (MBA) Weekly Mortgage Applications Survey for the week ending October 6, 2017.”

“It’s still better to buy than rent, but in some markets, having a roommate changes the equation.”

“The national average rent held steady for the fourth consecutive month in September, indicating the market may be starting to cool off, according to the latest report from RENTCafé.”

“No longer content to just deliver everything under the sun to your house, Amazon will now deliver you an actual house. A shipping container house to be specific. MODS International has now made their shipping container home shockingly easy to order, all it takes is a few clicks and small space sustainable living can be yours.”

“Federal Reserve officials held a detailed debate last month over whether forces holding inflation down were persistent or temporary, with several policy makers looking for stronger evidence of price gains before supporting a third interest-rate hike this year.”

Bruce Norris will be presenting 10 Life-Changing Days of a Real Estate Investor with Robert Hall & Associates on Wednesday, October 18.

In a big news story, the U.S. Court of Appeals for the District of Columbia declared the CFPB’s structure “unconstitutional” and overturned a $109 million fine by the organization against PHH Corp.  370,000 foreclosures were completed the previous month according to CoreLogic.  Fannie Mae’s mortgage portfolio continued to dwindle down with their first sale of reperforming loans.