Realtor.com Releases List of Most and Least Affordable Beach Towns 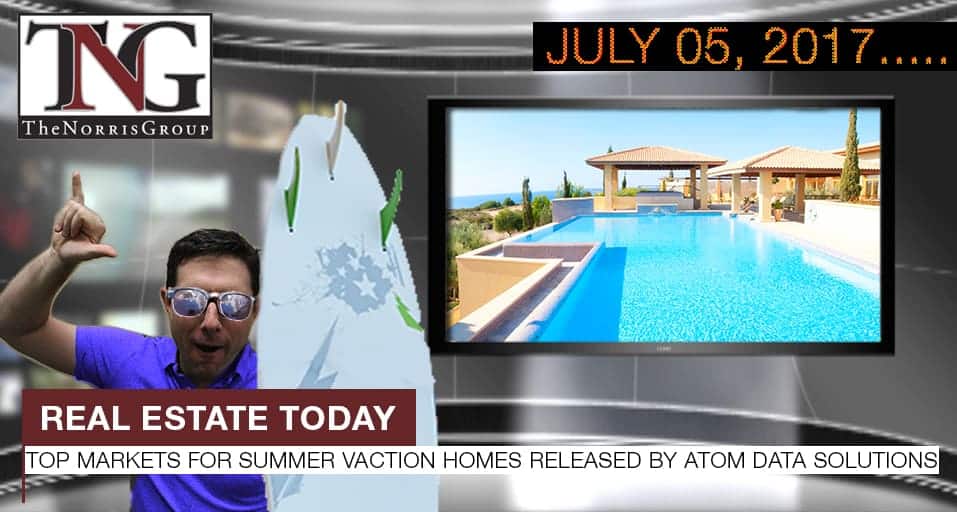 Reator.com just released their newest list, this one showing which beach towns are the most and least affordable.  The National Association of Realtors reported a 1.3% decrease in pending home sales in April.  First American Financial Corporation reported loan application defects increased again for the fifth month in a row, North Dakota showing the highest.

“International buyers of residential real estate in the U.S. don’t have a significant impact on the overall housing market. They are more influential at the top end of the market, according to the 2017 Q2 Zillow Home Price Expectations Survey.”

“It’s the American summertime real estate fantasy.  When the mercury starts rising again from coast to coast, we start dreaming about having a home right by the beach—close enough to enjoy a morning walk by the water and to hear the waves crashing at night.”

“Home buyers pull back again in April, signing fewer contracts.  The spring housing market continues to be plagued by a lack of homes for sale. Home shoppers signed 1.3 percent fewer contracts to buy existing homes in April compared with March, according to a monthly index from the National Association of Realtors.”

“Mortgage applications decreased 3.4 percent from one week earlier, according to data from the Mortgage Bankers Association’s (MBA) Weekly Mortgage Applications Survey for the week ending May 26, 2017.”

“Walk Score (www.walkscore.com), a Redfin company, today released its 2017 ranking of the most walkable U.S. cities with populations over 300,000.”

“Claims filed by the city of Los Angeles against Bank of America and Wells Fargo have been dismissed, after going before an appellate panel in the Ninth Circuit Court of New York earlier this week.”

Bruce Norris will be presenting his latest talk 10 Life-Changing Days of a Real Estate Investor with the South Orange County Real Estate Club on Thursday, June 22.

Republicans planned to announce a new plan to bring major reform for Dodd-Frank, which would include replacing both the act itself and many of its financial reforms.  The latest Case-Shiller Index showed home prices increased 5.4% across the nation and 5.1% in the top 10 metropolitan areas, revealing prices to be increasing double the speed of inflation.  The latest Home Value Forecast by Pro Teck Valuation Services showed an increasing gap between hot and cold markets.