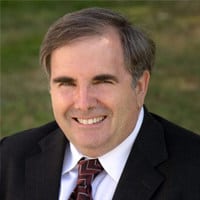 It’s happening again in California, and a year from now homeowners could see as much as a 20 percent increase in the median price of homes across the state, according to Bruce Norris, a Riverside-based real estate analyst and principal of The Norris Group.

“My best guess is that California we will have significant price inflation. Prices could escalate so strongly that we will think we are in 2004 instead of 2013.”

Some may ask how this is possible.

But Norris has experience predicting the unpredictable.

A real estate consultant, investor and educator for the past 30 years, Norris publicly predicted the current sub-prime lending and foreclosure crisis in January of 2006, more than a year before the nation’s leading economists and real estate industry analysts would even acknowledge the possibility of a downturn. Norris also correctly forecast both the real estate boom that began in 1997 and the subsequent doubling of home prices.

Norris now says he has identified three reasons why median home prices in California will go up.

For starters, he said, policy decisions have resulted in record low inventory levels.

“In many areas,” Norris said, “there’s one month of inventory. Inside of that one month of inventory are very few REOs and a lot of short sales that may or may not really be available to buy and close anytime soon. The properties that would normally be purchased by owner occupants are being snapped up by billion dollar hedge funds. These hedge funds, unlike the smaller investor types, are keeping all of the properties as rentals. There’s a little inventory for sale by ‘normal sellers with equity,’ but, right on cue they are getting the idea their property just might be worth more than the last sale.”

With the absence of inventory, Norris predicts, prices will escalate.

A second factor paving the way for the rise in median home prices in California is the return of the former homeowner who was foreclosed on in 2008 and 2009.

“The numbers of trustee sales in those years were staggering,” Norris said, adding, “As a percentage of whatever had happened in the past, 2008 and 2009 will go down in history as the California Real Estate Collapse of all time. The numbers differ across the state but the percentages are similar. In San Bernardino, the numbers of foreclosures exceeded the number of sales in 2008 and 2009. Fast forward to 2012 and you now have those same people ready and capable of buying a home again.”

So, how is it these people can buy homes so soon after going through a foreclosure? The answer, Norris says, resides with FHA, which will now make a loan to a buyer who lost their home via foreclosure after three years. “Buyers have realized that their house payment would be less than their rent, and that’s fueling demand and pushing up home prices,” he said.

The third factor setting the stage for a significant increase in median home prices is interest rates. “Interest rates are at all-time lows, and that allows for price increases to take place without significantly increasing mortgage payments,” Norris said, adding that he expects California’s median prices to up by as much as 20 percent during the coming year.

Norris plans to share the results of his findings Tuesday, Dec. 11, during an 7 to 9 p.m. workshop at the San Diego Creative Investors Association meeting at the Scottish Right Center in San Diego. See The Norris Group calendar for other “Poised to Pop” speaking engagements all over California.

Reporters wishing to schedule an interview with Bruce Norris in advance of next Tuesday’s presentation should contact Aaron Norris at (951) 780-5856 .

For more information about the Dec. 11 workshop or to learn more about Bruce Norris and The Norris Group or to access to podcasts of Norris’s weekly radio interviews with lenders, economists, builders and other housing experts, visit www.thenorrisgroup.com.