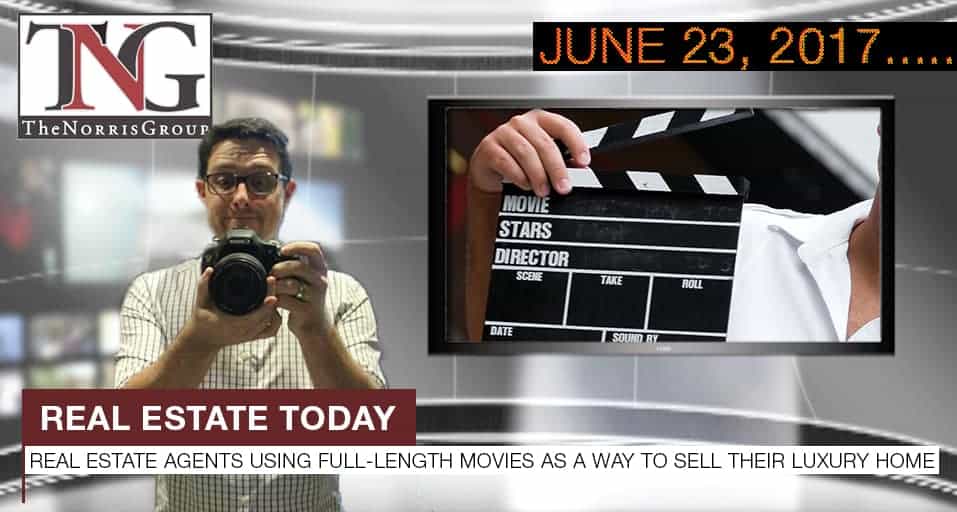 CoreLogic Reports Mortgage Credit Risk Edges Up Slightly
May home sales and price report
Mortgage Rates Continue to Hold
The Cost of Living Is Quickly Rising in These 10 US Cities
These cities saw house prices fall in spite of national trend
Number of Homes for Sale Drop at Fastest Pace in Four Years
Economic Growth Rebound Is in the Cards, but Fiscal and Monetary Policy Could Shuffle the Deck
Amazon’s Whole Foods buy puts shopping centers at risk as real estate stocks slump

Aaron Norris of the Norris Group gives this week’s Norris Group real estate headline roundup.  HUD and the Census Bureau reported a 2.9% increase in new home sales for the month of May.  Freddie Mac released their outlook for June, and they exepect housing starts and home sales to exceed that of last year’s.  In a unique news story, real estate agents are advertising their luxury homes through full-length movies.

“Sales of newly built, single-family homes in May rose 2.9 percent to a seasonally adjusted annual rate of 610,000 units after an upwardly revised April reading, according to newly released data by the U.S. Department of Housing and Urban Development and the U.S. Census Bureau.”

“Now that the Hamptons are synonymous with wealth, leisure, and stratospheric real estate prices, it’s no surprise that brokers around the world are eager to associate their own listings with the area.”

“Q4 of 2016 saw a rise in completion of multifamily homes, including apartments and condominiums, according to the most recent Survey of Market Absoption (SOMA), which is produced by the U.S. Census Bureau in conjunction with the U.S. Department of Housing and Urban Development.”

“Looking for a deal on a newly constructed home? Well, you’re not likely to get one if current trends continue.”

“In a logical world, builders would rush to put up homes in the U.S. regions adding jobs at the fastest pace. In reality, it’s not so simple.”

“America has too many malls.  It’s a problem that has vexed Wall Street and is an even darker cloud hanging over stocks known as real estate investment trusts, or REITs, which are the landlords for much of America’s retail properties.”