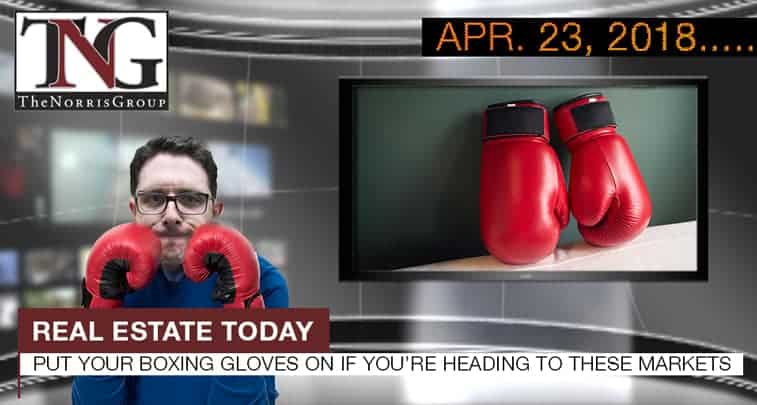 Bidding wars are spring up in some surprising places.  The National Association of Realtors reported a 1.1% increase in existing-home sales last March.  Luxury developers could benefit from a new tax break that poorer neighborhoods are about to receive.

“After spending a few fraught months searching for a home, Mary Thornton, 30, and her partner found a cute, two-bedroom house in Tacoma, WA, in February.”

“Existing-home sales grew for the second consecutive month in March, but lagging inventory levels and affordability constraints kept sales activity below year ago levels, according to the National Association of Realtors.”

“Recovery in the U.S. from the Great Recession has been uneven. Superstar cities such as New York and San Francisco have sprung back, while plenty of rural areas and Rust Belt towns are still in a slump.”

“Freddie Mac (OTCQB:FMCC) today released its monthly Outlook for April, which looks at the correlation between supply and demand in the housing market and what it means for home sales over the next two years.”

“As home prices and interest rates both soar, home buyers will be harder-pressed to afford their monthly mortgage payments.  With the prime spring house- hunting season just around the corner, the monthly mortgage payment for a median-priced home nationwide now stands at $1,486 — up $168 or nearly 13% from a year ago, according to a new report from Realtor.com.”

“Harnessing the power of the atom was a historic event in world history. While the use of atomic energy is debatable and the pursuit of clean fusion remains elusive, the fact is splitting the atom was a game changer – unleashing exponentially larger energy potential than ever before possible, as well as the promise of a whole new frontier of innovative possibilities.”

“Earlier this year, the U.S. Department of Housing and Urban Development halted its investigation into fair housing violations within Facebook ads, but now, that investigation has been reopened.”

Bruce Norris will be speaking at the 2018 AOA Million Dollar Trade Show and LandLording Conference on Tuesday, May 15.

Bruce Norris will be presenting Stay Put or Cash Out with HomeVestors on Wednesday, May 23.

Bruce Norris will be speaking at the NSDREI 14th Anniversary Dinner Party on Tuesday, June 19.