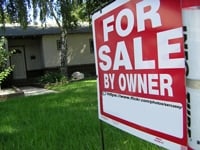 Equity Gains Fuel Rise in Housing Market Value
Why the supply of homes for sale is the lowest since 1999
Cash and Distressed Sales Update: October 2016
Redfin Report: Luxury Home Prices Inched Up 0.7 Percent in Fourth Quarter as the Rest of the Market Showed Substantial Gains
Mortgage Rates Rise for First Time in 2017
Jobless Claims in U.S. rise to Four-Week High Amid Holiday
Young homebuyers get no help from one of Trump’s swift, first moves
China’s Army of Global Homebuyers Is Suddenly Short on Cash
These Luxury Home Mainstays May Be Gone in 20 Years
Is Flipping Flopping?  Not in Sin City or Motown

“Sales of newly built, single-family homes rose 12.2 percent in 2016 to 563,000 units, the highest annual rate since 2007, according to newly released data by the U.S. Department of Housing and Urban Development and the U.S. Census Bureau. New home sales fell 10.4 percent in December 2016 to a seasonally adjusted annual rate of 536,000 units.”

“It’s a good time to be a rates trader on Wall Street.  JPMorgan Chase & Co., the world’s biggest investment bank by revenue, boosted its 2016 bonus pool for traders dealing in government bonds, swaps and other assets tied to interest rates by about 20 percent, according to people with knowledge of the matter who asked not to be identified discussing compensation.”

“Vice President Mike Pence said repealing Dodd-Frank remains one of the top goals for him and President Donald Trump.”

“U.S. Senator Elizabeth Warren asked the Labor Department for an update on its investigation into Wells Fargo & Co.’s sales practices after she was unable to access a website the agency set up to track complaints from the bank’s employees.”

Bruce Norris of The Norris Group will be speaking at the 2017 Los Angeles Real Estate Summit on Wednesday, February 1.

Bruce Norris of The Norris Group will be presenting 2% Interest, $30 Trillion in Debt, and Other Suprise Endings on Saturday, February 4.

Bruce Norris will be speaking at 10 Life-Changing Days of a Real Estate Investor with OC FIBI on Tuesday, February 7.

The NAHB reported a 14.5% increase in new home sales, its highest in eight years.  At the same time, the MBA reported mortgage applications also increased 8.8% with the drop in mortgage rates.  Real estate agents were putting more time and effort into helping those with disabilities find the right home.