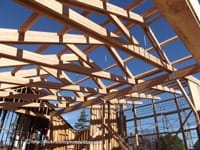 Freddie Mac reported interest rates increased with 30-year rates now at 4.16% and 15-year rates at 3.37%.  The NAHB reported an increase in homebuilder sentiment by 7 points, putting it now at 70.  The CBIA shared how the recent big increase in home price from lack of supply can have a huge impact on how many people can afford a home.

“The rise of new home prices due to a supply shortage amid a slow recovery in construction activity has largely dominated the industry in 2016 as many potential buyers, particularly first timers, continue to be frozen out of the market.”

“It’s been less than 24 hours since the Federal Reserve raised interest rates and already bank customers are paying more for loans.  JPMorgan Chase & Co., Bank of America Corp. and Wells Fargo & Co. and other big lenders raised their prime lending rate to 3.75 percent from 3.5 percent following the Fed’s decision on Wednesday.”

“Call it the Trump rally in homebuilding — not the stocks, but the sentiment of the builders themselves.  A monthly reading of homebuilder confidence spiked 7 points in December, its first measure done after the presidential election.”

“Opportunistic and value-add real estate investment strategies are topping the charts in both number of funds seeking capital as well as in total equity amounts targeted.”

“Wall Street banks are about $70 billion short in building up funds the Federal Reserve says they’ll need to tap following a collapse, down by almost half from the central bank’s earlier estimates.”

“Ripple effects from the recent presidential election in the U.S., coupled with the Federal Reserve’s expected increases of interest rates will shape the economic outlook for North America in 2017, according to LaSalle Investment Management’s Investment Strategy Annual (ISA) 2017.”

“Futurists have been saying for a while that the U.S. is hurtling toward a jobless economy, with driverless long-haul trucks and cashier-free brick-and-mortar Amazon stores. Someday, maybe. Right now the problem isn’t too many workers who can’t find jobs. It’s too many jobs that can’t find workers.”

Bruce Norris will be speaking at 10 Life-Changing Days of a Real Estate Investor with Prosperity Through Real Estate on Tuesday, January 3.

Bruce Norris will be speaking at 10 Life-Changing Days of a Real Estate Investor with CVREIA on Tuesday, January 10.

Bruce Norris of The Norris Group will be presenting 2% Interest, $30 Trillion in Debt, and Other Suprise Endings on Saturday, February 4.

The Mortgage Bankers Association reported a 1.4% increase in commercial/multifamily mortgage debt by commercial banks.  The NAHB reported a one point decrease in builder confidence, putting it at 61.  A new rule was recently proposed by the FHFA that would require mortgages be offered by the GSEs that normally were overlooked, specifically manufactured housing, affordable housing preservation, and rural markets.