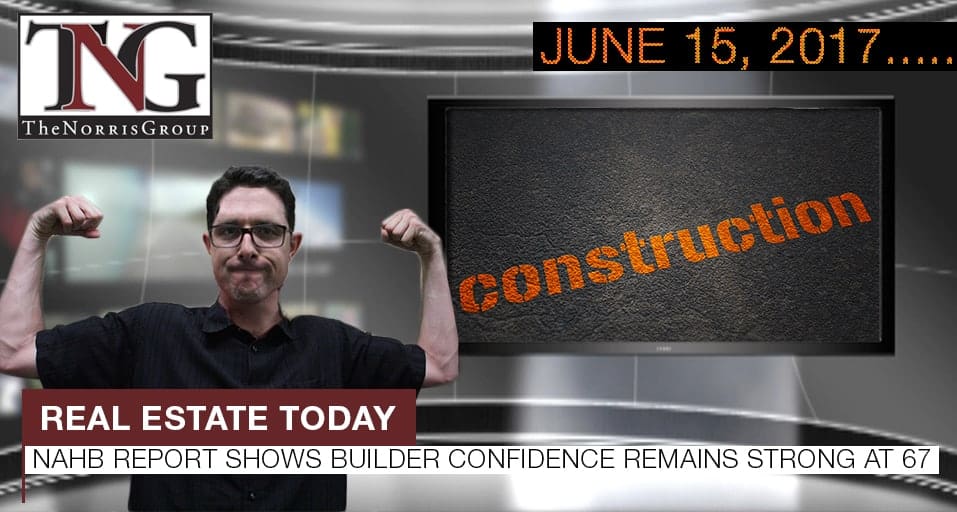 The NAHB reported builder confidence continues to remain strong, having decreased only slightly to 67 from 69.  Freddie Mac reported mortgage rates increased slightly after having steadily decreased for a long time; 30-year rates now stand at 3.91% and 15-year rates at 3.18%.  The pace at which homes are selling increased drastically to record-highs due to tight supply and high demand.

“A new joint analysis by ATTOM Data Solutions and Down Payment Resource found that first-time homebuyers in Denver — the least affordable market in Q1 2017 according to the ATTOM Affordability Index — can increase their down payment on a median-priced home by $13,900 (129 percent above just the minimum 3 percent down) and save nearly $5,000 in monthly house payments over the next five years by taking advantage of just one out of 89 down payment assistance programs available to home buyers in Colorado.”

“Builder confidence in the market for newly-built single-family homes weakened slightly in June, down two points to a level of 67 from a downwardly revised May reading of 69 on the National Association of Home Builders/Wells Fargo Housing Market Index (HMI).”

“Freddie Mac (OTCQB: FMCC) today released the results of its Primary Mortgage Market Survey® (PMMS®), showing average mortgage rates increasing across the board for the first time in over a month.”

“The competition for housing is heating up along with the summer temperatures and continuing to set new records.”

“The U.S. job market continues to show signs of strength, as the number of Americans filing for unemployment benefits fell to a three-week low, according to Labor Department data released Thursday.”

“Even as Wells Fargo was reeling from a major scandal in its consumer bank last year, officials in the company’s mortgage business were putting through unauthorized changes to home loans held by customers in bankruptcy, a new class action and other lawsuits contend”

The Mortgage Bankers Association reported a 2.4% decrease in mortgage applications from the previous week.  The NAHB reported the number of one-person firms in the construction industry totaled over 2 million.  Republicans in the House of Representatives revealed their plan the previous day to replace Dodd-Frank as well as help strengthen the economy.