Mortgage Lending Increased 17% According to RealtyTrac 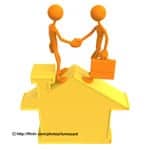 Home prices increased in April by 6.5% according to the latest report from Redfin.  RealtyTrac reported lending on mortgages increased 17% in the first quarter.  In another story related to mortgages, rates increased again for the third week in a row with 30-year rates now at 3.85% and 15-year rates at 3.07%.

“Home sales across Redfin markets increased at a rate of 5.4% compared to a year earlier, according to real estate broker Redfin.  Home prices also trended upward. The median sale price rose 6.5% year-over-year to $275,700.”

“The judge who ruled that two large banks had defrauded Fannie Mae and Freddie Mac had some harsh words for originators in her 361-page decision.  Judge Denise L. Cotes ruled Tuesday that Nomura Holdings and the Royal Bank of Scotland misled Fannie and Freddie about the quality of mortgage bonds sold to the agencies in the run-up to the financial crisis.”

“An Agency mortgage servicing rights deal worth approximately $45 billion between Chase and Ocwen Financial Corp. has been finalized after two and a half months, according to an announcement from Chase on Thursday.”

“Thanks in large part to the continually low interest rate, mortgage originations rose 17% year-over-year in the first quarter, according to a new report from RealtyTrac.”

“Lower interest rates and home prices contributed to a solid boost in nationwide affordability in the first quarter of 2015, according to the National Association of Home Builders/Wells Fargo Housing Opportunity Index (HOI) released today.”

“Average prices for new homes in Calgary, Canada’s oil capital, fell 0.4 percent in March, the first drop in three and a half years.  The decline was offset by increases in Toronto and Winnipeg, Statistics Canada said Thursday. Nationwide, average prices for new homes were little changed versus a forecast for a 0.1 percent increase, the median of nine responses in a Bloomberg survey of economists.”

“Witnesses at a House subcommittee hearing on Wednesday testified that the Dodd-Frank Act introduced new problems and may have even laid the groundwork for another financial crisis, according to an announcement from the House Financial Services Committee earlier this week.”

“Average fixed mortgage rates followed 10-year Treasury yields higher and rose for the third consecutive week, according to Freddie Mac.  At 3.85%, the average 30-year fixed-rate mortgage is just below the high for 2015.”

Bruce Norris of The Norris Group will be presenting Discover How to Create A $100,000 Payday Per Deal in 2015 at Pasadena FIBI on Thursday, May 21.

Bruce Norris of The Norris Group will be speaking at the 18th Annual Inland Empire Market Trends Seminar on Thursday, June 4.

Bruce Norris of The Norris Group will be speaking at the Cutting Edge Financial Tactics Brunch on Saturday, June 6.

FHFA director Mel Watt announced he will not be getting involved in the mortgage reform debate nor be increasing the limits on loans.  Rather, he will be leaving this work to Congress.  In addition, Democrat Gary Peters from Michigan said he did not see reform happening for Fannie and Freddie any time in 2014.  The latest Case-Shiller Index from CoreLogic showed home prices increased 11.3% in the fourth quarter of 2013.