From 238 down to 20 potential HQ2 cities.  Foreclosures decreased to their lowest in 12 years last year, down 27% year-over-year and 76% from their peak in 2010.  Housing starts on single-family homes decreased 8.2% last month according to HUD and the Commerce Department.

“Nationwide housing starts fell 8.2 percent in December to a seasonally adjusted annual rate of 1.19 million units after an upwardly revised November reading, according to newly released data from the U.S. Department of Housing and Urban Development and the Commerce Department.”

“Country life might seem idyllic compared with the city—there’s a slower pace of life, a stronger sense of community, and way more home for your dollar, even including a nice plot of land.”

“Home shoppers looking to buy in 2018 will have 10 percent fewer homes to choose from than a year ago, according to the December Zillow Real Estate Market Report.”

“ATTOM Data Solutions, curator of the nation’s largest multi-sourced property database, today released its Year-End 2017 U.S. Foreclosure Market Report, which shows foreclosure filings — default notices, scheduled auctions and bank repossessions — were reported on 676,535 U.S. properties in 2017, down 27 percent from 2016 and down 76 percent from a peak of nearly 2.9 million in 2010 to the lowest level since 2005.”

“Ignore the bad housing starts number.  Some will blame the weather. Others will claim the figures are too volatile month to month.”

“Amazon.com Inc. said Thursday that Los Angeles and 19 other places are the finalists for the $5-billion second headquarters the giant online retailer plans to build.”

“By some measures, the housing market just had its best year in a decade.  On Thursday, the Census Bureau released its final report on new residential construction, completions, and building permits in 2017. All three rose to the highest levels since 2007.” 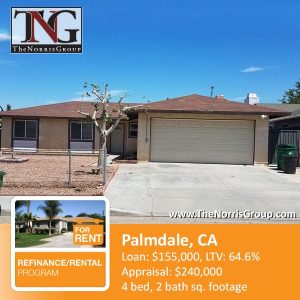 The NAHB reported builder confidence continued to hold steady, having only decreased 2 points to 67.  The Mortgage Bankers Association reported a 0.8% increase in mortgage applications from the previous week.  A ruling made by the Ninth Circuit Court allowing Fannie Mae to bring state lawsuits directly to the Federal Court was overturned.