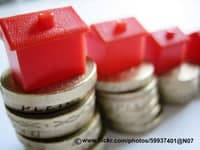 The latest S&P/Case-Shiller Index showed home prices increased 5.8% to their highest in 2 1/2 years.  Interest rates also continue to show an upward trend according to the latest report from the Federal Housing Finance Agency.  Freddie Mac released their latest outlook for this month today.

“The fall semester may be months away, but developers of student housing are already cramming for the next academic year.  They’ve been busy pre-leasing apartments while working feverishly on new projects, especially those that must be completed by summer.”

“Chinese investors accounted for almost half of the $60 billion in investments in overseas real estate last year by Asian investors, up sharply from 28% of the $62.4 billion in 2015, according to an announcement Tuesday by real estate services and investment firm CBRE Group.”

“A few weeks after the Republican-controlled U.S. House of Representatives moved to kill rules allowing states to create portable retirement savings accounts, a new survey found that 75 percent of Americans support just such an option.”

“Freddie Mac (OTCQB: FMCC) released today its monthly Outlook for February looking at the potential impact rising inflation could have on the housing and mortgage markets under various scenarios as markets prepare for the start of the spring homebuying season”

“Low inventory and mortgage rates pushed home-price gains to a 30-month high in December, according to the S&P/Case-Shiller U.S. National Home Price Index.”

“On Tuesday, the Federal Housing Finance Agency reported that mortgage rates increased from December to January and, according to several indices of new mortgage contracts, interest rates on conventional purchase-money mortgages also increased.”

“A global depression caused by a trade war. An overhaul of health care. Rising inflation and deregulation.  To find out what hedge fund managers are looking out for in 2017, we asked several who topped Bloomberg’s 2016 global ranking of the 50 best-performing hedge funds with more than $1 billion in assets.”

Bruce Norris will be speaking at 2017 Real Estate Market Forecast with Coldwell Banker on Tuesday, March 7.

Bruce Norris will be speaking at 10 Life-Changing Days of a Real Estate Investor at NORCALREIA on Wednesday, March 8.

Aaron Norris will be presenting 2 Major Trends For Marketing Dominance in 2017 with OCREIA on Thursday, March 9.