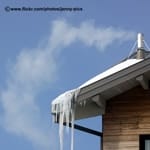 Republicans are planning on announcing a new plan to bring major reform for Dodd-Frank, which would include replacing both the act itself and many of its financial reforms.  The latest Case-Shiller Index shows home prices increased 5.4% across the nation and 5.1% in the top 10 metropolitan areas, revealing prices to be increasing double the speed of inflation.  The latest Home Value Forecast by Pro Teck Valuation Services showed an increasing gap between hot and cold markets.

“Later this year, the Dodd-Frank Wall Street Reform and Consumer Protection Act will reach its sixth anniversary, but if Congressional Republicans have their way, Dodd-Frank won’t reach anniversary number seven and many of the financial reforms enacted by the landmark law will be repealed or replaced.”

“One part of becoming president involves moving into a new home. And that new home — even if it’s the White House — comes with its own set of benefits, concerns and potential risks, all of which could impact the health, safety and financial security of the new homeowner.”

“If you aren’t writing reverse mortgages, you have lots of company. Volume has tumbled over the last few years as the FHA implemented new regulations designed to protect consumers.”

“There are “hot” and “cold” housing markets spread out all over the country as each market has recovered at its own pace.  The gap between hot and cold housing communities in some cases exists within the same core-based statistical area (CBSA), according to Pro Teck Valuation Services’ latest Home Value Forecast.”

“Today, S&P Dow Jones Indices released its results for the Case-Shiller Home Prices Indices which showed an annual increase of 5.4% in January 2016 for national home prices.”

“When an appeals court overturned a $1.27 billion judgment against Bank of America last week, it also took an action that didn’t get much press – it voided fraud charges and tossed a penalty against the executive the New York Times once called ‘the face of the housing crisis.'”

“The credit quality of loans purchased by both Fannie Mae and Freddie Mac has greatly improved since 2008, thus leading to cumulative defaults for both GSEs on a pace to fall below pre-2003 levels, according to data released by the Urban Institute.”

Bruce Norris will be speaking at the Southern California Chapter of the Appraisal Institute’s 19th Annual Inland Empire Market Trends on Thursday, June 2.

Aaron Norris will be presenting his newest talk Marketing Trends and Strategies for Real Estate Pros in 2016 with CVREIA on Tuesday, June 14.