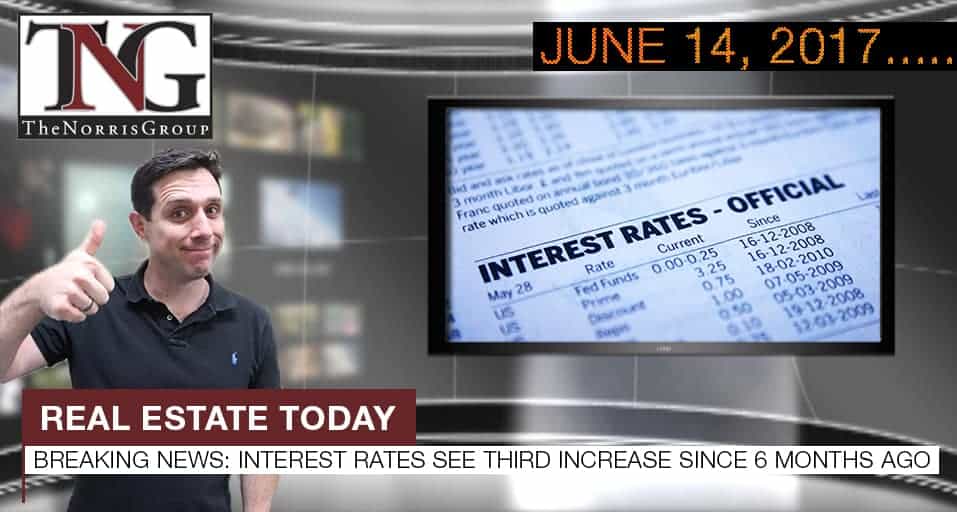 In a breaking news story, the Federal Reserve raised interest rates today for the third time in six months and plans to raise them one more time.  However, they may reconsider this decision with the drastic decrease and slowdown in consumer-price inflation.  More wealthy home buyers are going after REOs rather than brand new properties due to tight inventory.

“More than 800 builders from across the nation marched on Capitol Hill today for the annual National Association of Home Builders (NAHB) Legislative Conference to call on Congress to make housing and homeownership a national priority and to support policies that will keep the housing recovery moving forward.”

“Sociologist Matthew Desmond wanted to know what happened to families when they were evicted from their homes—and what sorts of repercussions were felt in their communities. So he set out to find the answers.”

“Federal Reserve officials forged ahead with an interest-rate increase and additional plans to tighten monetary policy despite growing concerns over weak inflation.”

“Companies hoping to secure more warehouse and distribution space are going to run into steeper prices, with fewer options to pick from, in the future, industry website JOC.com reported Tuesday.”

“Affluent home buyers, desperate for inventory in the hottest markets, are giving a fresh look to bank-owned homes.  Savvy buyers could be rewarded with a discounted luxury home in a posh neighborhood. But they also could be stepping into a money pit with legal snarls.”

“A greater-than-expected deceleration in U.S. consumer-price inflation in May could give some pause to Federal Reserve officials as they consider further interest-rate increases, Labor Department figures showed Wednesday.”

“Jane and Greg Hills were visiting New York City when they grabbed a drink in the lobby bar of the Dream Downtown, a boutique hotel in Chelsea.”

Aaron Norris will be presenting his latest talk Technology Trends and Effects on Real Estate with NorcalREIA TONIGHT.

Debt on commercial and multifamily properties increased in the first quarter of 2016 by 1.2% to $35.3 billion.  New home purchase applications, on the other hand, decreased 6% according to the Mortgage Bankers Association.  Wells Fargo released a new survey showing homeownership was still priority for the majority of Americans.