Increase in HUD Budget Should Help Guarantee Americans a Home 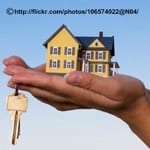 In a recent ruling by the Supreme Court, loan officers can now be eligible to work full-time and be paid overtime.  In his latest speech before the U.S. Senate Banking Committee, HUD Secetary Julian Castro said changes and increased to HUD’s budget should benefit more Americans by helping them guarantee owning a home.  The Mortgage Bankers Association reported a 1.3% decrease in mortgage applications from last week.

“The Community Mortgage Lenders of America wants the Federal Housing Finance Agency to lower the costs of mortgages by cutting g-fees.  The trade association says it’s time for FHFA Director Mel Watt to exercise his authority and have Freddie Mac and Fannie Mae lower the guaranty fees and loan level fees they levy.”

“Two similar pieces of legislation introduced last month in the House and Senate that would extend tax relief to homeowners who are underwater on their mortgage loans have been referred to committees and are waiting to be heard.”

“Financial manias are costly to society because they divert scarce resources away from productive ends toward wasteful enterprises that consume resources without creating any real value. If we could identify asset bubbles and eliminate them before they started, our economy would more efficiently allocate the resources available.”

“The National Financial Conditions Index ticked down to –0.73 in the week ending March 6.  The risk, credit, and leverage subindexes decreased slightly from the previous week, while the nonfinancial leverage subindex was unchanged.”

“Mortgage applications decreased 1.3 percent from one week earlier, according to data from the Mortgage Bankers Association’s (MBA) Weekly Mortgage Applications Survey for the week ending March 6, 2015.”

“The U.S. Supreme Court ruled this week that mortgage loan officers are now eligible to a 40-hour work week and overtime pay.  The decision itself reversed a 2006 decision by the Department of Labor that changed loan officers to exempt status.”

“U.S. Department of Housing and Urban Development (HUD) Secretary Julián Castro testified in front of the U.S. Senate Committee on Appropriations today regarding the HUD budget for the 2016 fiscal year, emphasizing the new budget will be used to help more Americans secure a home. The proposed budget would increase $4 billion from last year to a total of $49.3 billion. HUD’s budget proposes more than $21 billion for the Housing Choice Voucher Program, which Secretary Castro said would extend support to more than 2.4 million low-income families.”

“A new white paper from a Boston attorney who represents several clients in the housing economy in New England suggests that an interest rate hike may come later in 2015 than most think, and it may not be a net negative for several segments in the industry.”

Bruce Norris of The Norris Group will be speaking at NORCAL REIA presenting How to create a $100,000 Payday Per Deal in 2015 TONIGHT.

Bruce Norris of The Norris Group will be speaking at OCREIA presenting How to create a $100,000 Payday Per Deal in 2015 on Thursday, March 12.

Bruce Norris of The Norris Group will be speaking at the 2015 Women in DS Conference from Sunday-Tuesday, May 3-5.

The amount of mortgage credit available increased slightly the previous month by 0.44% to 113.5, up from 113.0 in January.  The Wells Fargo Economics Group released a report showing that jobs decreased in January by 31,600, the largest month-over-month decrease in five years.  Due to the decreasing availability of real estate acquisition margins, more investors were choosing to purchase non-performing loans.