The Impact On Buying and Selling When Kids Are Involved 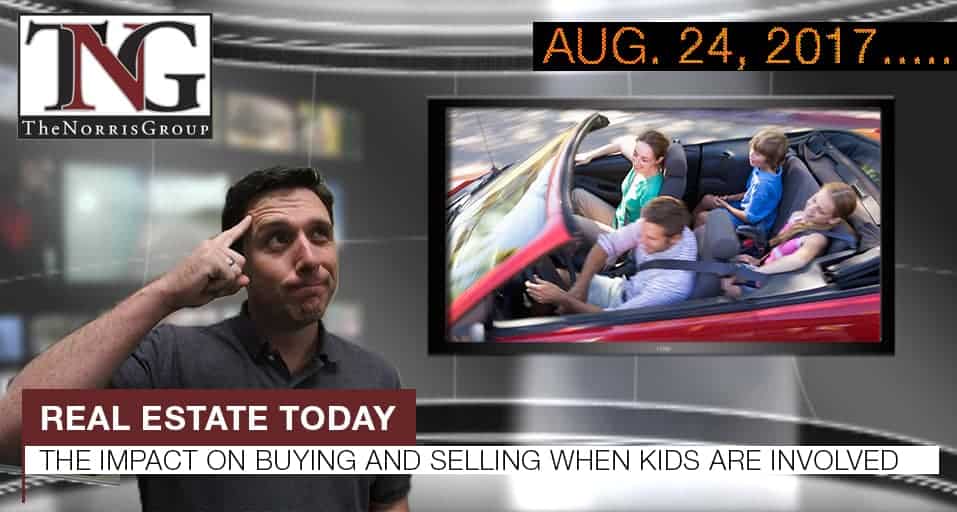 What does it mean when “you’re moving with kids.”  The National Association of Realtors reported a 1.3% decrease in existing-home sales last month.  A judge in Illinois ruled in favor of keeping Zillow’s zestimates after homeowners tried to sue to have it taken away.

“Listings in July typically went under contract in under 30 days for the fourth consecutive month because of high buyer demand, but existing-home sales ultimately pulled back as large declines in the Northeast and Midwest outweighed sales increases in the South and West, according to the National Association of Realtors.”

“‘Zestimates’ are just an estimate, with a Z.  So ruled a federal judge, who dismissed an Illinois lawsuit by homeowners who sued Zillow Group over its controversial home valuation tool.”

“It’s probably no surprise that school district and convenience to schools are important to homebuyers and sellers with kids.”

“The delinquency rate for mortgage loans on one-to-four-unit residential properties decreased to a seasonally adjusted rate of 4.24 percent of all loans outstanding at the end of the second quarter of 2017.”

“One couple calls their second-floor living room the “healing chambers.” Another homeowner calls it the “feasting room.” Others refer to ‘pajama lounges.'”

“The Consumer Financial Protection Bureau issued a warning to seniors this week, cautioning them that taking out a reverse mortgage in order to delay claiming Social Security benefits could be a financially harmful decision”

“According to a new report, the most active metropolitan areas include Chicago, where an inventory logjam appears to be loosening. Also, Colorado Springs, Washington, D.C., and Reno, Nevada, near Tesla’s massive battery factory, which is attracting workers and driving housing demand.”

The Mortgage Bankers Association reported a 2.1% decrease in mortgage applications from the previous week.  Existing-home sales also declined the previous month by 3.2% according to the National Association of Realtors.  Airbnb was potentially facing some changes as local governments were attempting to pass new rules that wouldprevent the company from doing short-term rentals.