Housing Market Begins to Slow Down Midsummer, But This Year Is a Different Story 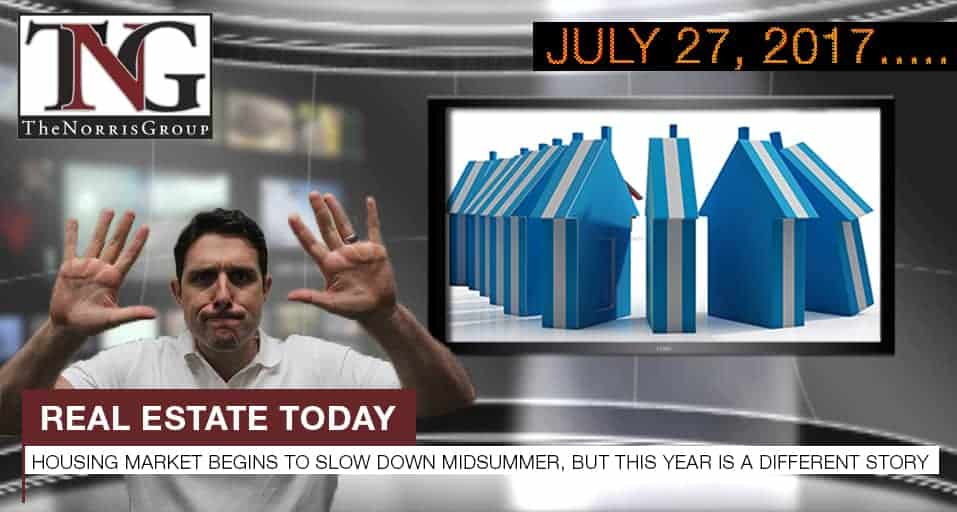 What are the hottest Real Estate Markets for July?  And no, they aren’t all in the Bay Area.  The latest Primary Mortgage Market Survey from Freddie Mac showed another decrease in mortgage rates with 30-year rates now at 3.92% and 15-year rates at 3.20%.  The second quarter of 2017 saw an average price gain of $51,000, the highest since 2007.

“ATTOM Data Solutions, curator of the nation’s largest multi-sourced property database, today released its Q2 2017 U.S. Home Sales Report, which shows that homeowners who sold in the second quarter realized an average price gain of $51,000 since purchase — the highest average price gain for home sellers since Q2 2007, when it was $57,000.”

“After arguably the worst decade in history for the mortgage industry — a foreclosure crisis accentuated by predatory lending and forged, “robosigned” documents — things were slowly improving.”

“The back half of the summer brings several defining moments each year: an almost imperceptible shortening of days, a desperate run on the last bottles of drugstore suntan lotion, and—in most years— a slowdown in the torrid pace of the peak home-buying season.”

“Del Mar’s legal battle over short-term rentals (STRs) is becoming more pitched thanks to a new round of filings and accusations that have deepened the litigious divide.”

“You’ve been spending so much time on projects inside your home (like that new shower you have to drag yourself out of), that your front yard is starting to scream for a bit of attention.  Poor neglected, thing.  You know your yard has some super curb appeal potential, but where to begin?”

“The construction workforce in the U.S. is shrinking – and graying, new data shows.  Across the country, the labor force shrank in size to 10.4 million workers in 2015 from 10.6 million at the bottom of the market in 2010, according to a new analysis of Census data.”

Bruce Norris will be speaking at 10 Life-Changing Days of a Real Estate Investor with InvestClub for Women on Wednesday, August 16.

Bruce Norris will be speaking at 10 Life-Changing Days of a Real Estate Investor with SJREI on Thursday, September 14.

Bruce Norris will be presenting  Cashing In On a Boom: Investing in Quadrant 4 with Bruce Norris in San Jose on Saturday, September 16.

Consumer confidence regarding home prices showed a decline by 1.2% as more dido not see prices increase in the follwoing year.  New research titled Sources of Commercial and Multifamily Mortgage Financing in 2016 was released by the MBA detailing the future of lending and how the market would have an effect on it.  The CFPB was allowing more people to offer them complaints in regards to peer-to-peer lenders online.