Housing Affordability at Lowest in 8 Years, Yet Still Remains Positive 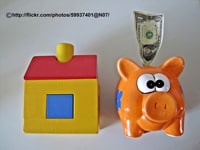 The latest study from ATTOM Data Solutions showed that of the homes valued at a total of $4.9 trillion, 17.3 million of them are in zip codes where environmental hazards are a high risk.  The latest HUD and Census Bureau reports showed housing starts decreased 2.6% to 1.246 million units.  Housing affordability is at its lowest in 8 years, although levels are still considered positive despite this.

“Housing starts returned to trend, dropping 2.6 percent to a seasonally adjusted annual rate of 1.246 million units, according to newly released data from the U.S. Department of Housing and Urban Development and the U.S. Census Bureau.”

“Conservative growth expectations for 2017 persist as the markets continue to weigh the unfolding policies of the new Administration, according to the Fannie Mae Economic & Strategic Research (ESR) Group’s February 2017 Economic and Housing Outlook.”

“Shortages of buildable lots and skilled labor, along with excessive regulations, rising mortgage interest rates and ongoing home price appreciation pushed housing affordability in the fourth quarter of 2016 to its lowest point since the third quarter of 2008, according to the National Association of Home Builders (NAHB)/Wells Fargo Housing Opportunity Index (HOI) released today.”

“We already spend 25 to 40 percent of our income on starter and trade up home. Trulia Experts say we should not spend more than 30 percent.”

Bruce Norris will be speaking at 10 Life-Changing Days of a Real Estate Investor at the San Diego REI Expo on Saturday, February 18.

Bruce Norris will be speaking at 2017 Real Estate Market Forecast with Coldwell Banker on Tuesday, March 7.

Bruce Norris will be speaking at 10 Life-Changing Days of a Real Estate Investor at NORCALREIA on Wednesday, March 8.

The NAHB reported a three point decrease in building confidence this month.  Mortgage default rates remained relatively the same at the start of the new year, coming in at .84% and 1.04%.  New bankruptcy rules for the Easter District of Michigan went into effect at the beginning of this month.