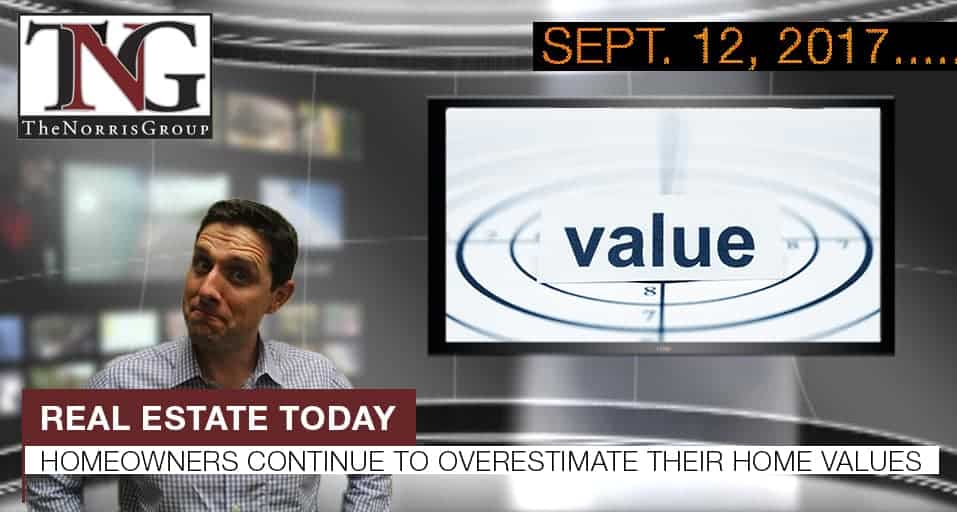 How much do you think your house is worth?  Many homeowners seem to be overestimating their value.  Household incomes in the U.S. increased last year to their highest on record by 3.2% as poverty decreased. Prices on homes are increases as demand for rentals continues to increase.

“Rental houses have been in high demand since the housing market crashed, but a lack of supply has made renting those homes more expensive.”

“CoreLogic (NYSE: CLGX), a leading global property information, analytics and data-enabled solutions provider, today released its monthly Loan Performance Insights Report which shows that, nationally, 4.5 percent of mortgages were in some stage of delinquency (30 days or more past due including those in foreclosure) in June 2017.”

“The U.S. median household income rose to a record last year and the poverty rate fell, as steady economic growth helped improve the lot of more Americans, according to annual data from the U.S. Census Bureau released Tuesday.”

“A package of Senate bills, which could greatly impact the real estate industry, still haven’t found a permanent home.”

“Most prefab doggie home products on the market tend to be a bit of a snooze: They’re plastic or metal, and they’re all built for pooches who spend a lot of time outdoors.”

“Homeowners continue to overestimate their home values, however the gap continues to narrow, according to the latest National Home Price Perception Index from Quicken Loans.”

Two leaders spoke out their opposing views on raising interest rates with Jamie Dimon being for it and Lael Brainard against it.  Mortgage rates saw a big increase for the first time in two months with 30-year rates at 3.5%.  A recent survey by STR asked which commercial real estate markets may be going too far on construction, the top ones being industrial and multifamily.