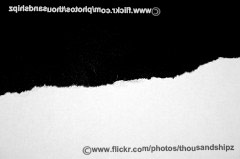 The California Association of Realtors reported a decrease in existing-home sales for July, down 4.1% month-over-month and 5.1% year-over-year.  The Mortgage Bankers Association reported a 4% decrease in mortgage applications despite mortgage rates being at their lowest on record.  Federal Officials are still torn on the decision of whether or not to raise interest rates.

“Even with mortgage interest rates sitting near record lows, mortgage applications failed to make any gains last week.  Total application volume decreased 4 percent on a seasonally adjusted basis for the week from the previous week, according to the Mortgage Bankers Association.”

“Could US real estate stocks advance further while other financial issues fall back? The question arises because at the close of business on August 31, S&P Dow Jones Indices and MSCI will reclassify US real estate companies as a standalone sector rather than as part of the financials group.”

“It has been determined by industry experts that if the housing market follows the same trajectory it is currently on, the median home price in the U.S. will be equal to that of prices before the housing crisis by 2017.”

“Federal Reserve officials were divided in July over the urgency to raise interest rates again, with some preferring to wait because inflation remained benign and others wanting to go soon as the labor market nears full employment.”

Bruce Norris will be presenting his newest talk Stay Put, Cash Out, Or Change Seats? with InvestClub for Women on Wednesday, September 21.

Bruce Norris will be presenting Stay Put, Cash Out, Or Change Seats? with InvestClub for Women and Robert Hall & Associates on September 28.

Bruce Norris will be presenting Cashing In On a Boom: Investing in Quadrant 4 at the Back Bay Conference Center on Saturday, October 8.

Bruce Norris of The Norris Group will be presenting the 9th annual I Survived Real Estate 2016 on Friday, October 21.

The NAHB reported a one point increase in builder confidence, placing it at 61.  However, the NAHB also reported fewer people were able to afford housing with the increase in both home and construction prices.  With the TRID deadline approaching, the CFPB released a new document outlining answers to questions those in the industry had regarding issuing new rules.