Fed Up With Housing Costs and Taxes 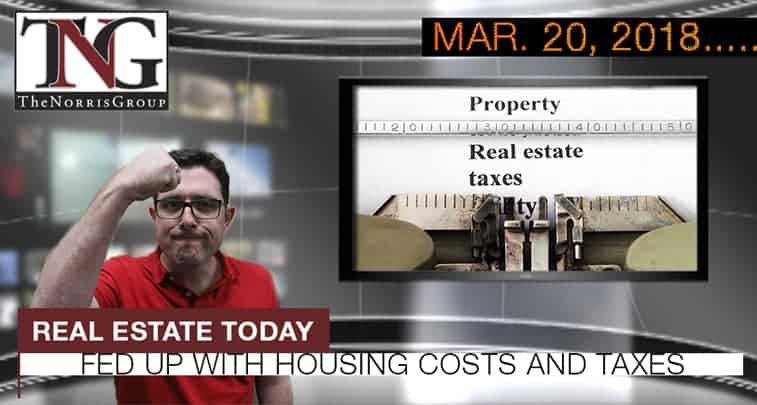 California lost 138,000 people to domestic migration in the last 12 months.  The Mortgage Bankers Association reported a 6.7% increase in commercial/multifamily mortgage debt, which now stands at $200.3 billion.  Freddie Mac has come up with an easier and more efficient way for the self-employed to underwrite mortgages.

“Freddie Mac (OTCQB: FMCC) announced today the next stage of its initiative with LoanBeam: simplifying and automating the process for calculating income for a self-employed borrower when underwriting a mortgage through Freddie Mac’s automated underwriting system, ultimately reducing the amount of time it will take to process the request.”

“Californians may still love the beautiful weather and beaches, but more and more they are fed up with the high housing costs and taxes and deciding to flee to lower-cost states such as Nevada, Arizona, and Texas.”

“President Donald Trump’s recently imposed tariffs on foreign steel and aluminum have not yet gone into effect.  But they are already affecting deal negotiations, bottom lines and construction pricing in commercial real estate.”

“Making a living as a realtor, which has never been easy, is becoming increasingly difficult. A record numbers of them are scrambling to broker a dwindling number of available properties in a hot market as housing prices continue to rebound from recession-era lows.”

“A growing homelessness crisis. Complaints about traffic congestion. Worries that the economy is becoming dominated by a wealthy elite.”

“Just weeks after officially launching its mobile augmented reality toolkit, Google can now claim one of its first Android and ARCore app exclusives with the Curate app from Sotheby’s International Realty.”

“Spring is officially here, and the days are longer and lighter—if not warmer, in some places. And with the new season comes a chance to hit the reset button on your home’s decor.”

Bruce Norris will be presenting Stay Put or Cash Out with WEREP on Friday, March 23.

New data released showed the hottest spots for real estate in New York, specifically Brooklyn and Manhattan.  More and more Russians were showing an interest in real estate located in New York City.  Realtor.com also released a list of cities where downtown was becoming a popular place to live.