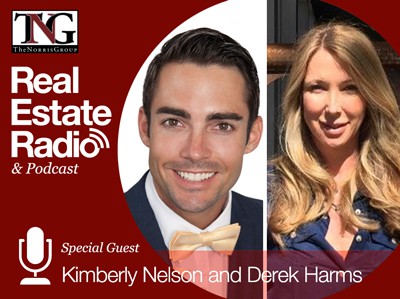 Derek Harms and Kymberly Nelson On The Radio Show

Aaron Norris is joined again this week by Kymberly Nelson and Derek Harms on the radio show. the is our weekly radio broadcast.  We recorded this show before Christmas and will be featuring them on the radio show starting Friday morning.  You can listen to the show here on our website here.

This week, Aaron Norris is joined by Kymberly Nelson and Derek Harms. They were very helpful back in September with Cashing In On A Boom. They renovated one chapter and added three brand new chapters to the portal. Adding Square Footage was the chapter they helped with since they had been doing beautiful work in the space for close to a decade. Aaron and Bruce decided when they were not experts at something, they wanted to bring somebody in who was actually doing the strategy in California so they could get the latest and greatest.

Aaron discusses with them the price points in areas like San Diego and Orange County, dollar amounts and square footage and whether it makes more sense doing it at the higher or lower end, design elements they include to make their properties stand out, smart home technology, ways they made their properties stand out that took them by surprise, and much more on the real estate radio show and podcast.