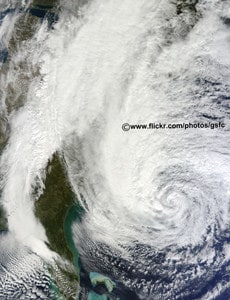 The estate coast is finally seeing improvements in the real estate market four years after being struck by Hurricane Sandy.  The second quarter saw a decrease in housing affordability with the increase in home prices.  ATTOM Data Solutions released their latest report showing a total of 6.7 million properties underwater in the second quarter.

“The waterfront home for sale in the shoreline town of Old Saybrook, Conn., overlooks Long Island Sound with three bedrooms, three baths in 3,800 square feet. Set on just over an acre of land, the three-story property has about 100 feet of water frontage with a wraparound terrace and outdoor lounge facing the water.”

“It’s another sign that America’s job market is hot. Workers are in no mood to stick around too long while businesses make up their mind about hiring them.”

“The delinquency rate for mortgage loans on one-to-four-unit residential properties decreased 11 basis points to a seasonally adjusted rate of 4.66 percent of all loans outstanding at the end of the second quarter of 2016.”

“You just sold your home for $400,000. Good going, nice job, congratulations.  Kudos are also due to the real estate agents who helped you close the deal.  If you live in a part of the country where the standard commission is 6 percent, you probably just paid them $24,000. Or maybe not.”

“ATTOM Data Solutions, the nation’s leading source for comprehensive housing data and the new parent company of RealtyTrac, today released its Q2 2016 U.S. Home Equity and Underwater Report, which shows 6,666,622 seriously underwater properties representing 11.9 percent of all U.S. properties with a mortgage as of the end of the second quarter 2016 — down from 12.0 percent in the previous quarter and down from 13.3 percent in Q2 2015.”

“Republican presidential candidate Donald Trump today vowed to cut regulations that are hurting the housing and economic recovery. Speaking before the National Association of Home Builders (NAHB) Board of Directors at their Midyear Meeting in Miami, Trump said that overregulation is costing the economy $2 trillion per year.”

Bruce Norris will be presenting his newest talk Stay Put, Cash Out, Or Change Seats? at the REI Expo in San Francisco Thursday-Saturday, August 11-13.

Bruce Norris will be presenting his newest talk Stay Put, Cash Out, Or Change Seats? with InvestClub for Women on Wednesday, September 21.

Bruce Norris will be presenting Stay Put, Cash Out, Or Change Seats? with InvestClub for Women and Robert Hall & Associates on September 28.

Bruce Norris will be presenting Cashing In On a Boom: Investing in Quadrant 4 at the Back Bay Conference Center on Saturday, October 8.

Bruce Norris of The Norris Group will be presenting the 9th annual I Survived Real Estate 2016 on Friday, October 21.

CoreLogic’s latest foreclosure report showed a drop in foreclosures to levels they were before the recession.  The divide on opinions regarding home values by appraisers and homeowners continued to widen and was double what it was before as of July.  Expectations to see an increase in Fed interest rates were low since China’s recent loss in currency value caused another delay.