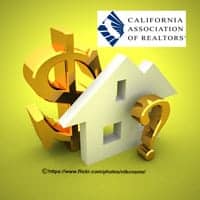 CAR released their latest home sales and price report for February, showing a 4.7% month-over-month decrease but 4.9% year-over-year increase for existing sales and a 2.2% month-over-month decrease and 7.6% year-over-year increase in median price.  Housing starts on single-family properties increased by 3% across the nation to their highest in 10 years.  Mortgage rates increased for the second week in a row with 30-year rates now at 4.3% and 15-year rates at 3.5%.

“Closed escrow sales of existing, single-family detached homes in California remained above the 400,000 benchmark for the 11th consecutive month and totaled a seasonally adjusted annualized rate of 400,500 units in February, according to information collected by C.A.R. from more than 90 local REALTOR® associations and MLSs statewide.”

“Nationwide housing starts rose 3 percent in February from an upwardly revised January reading to a seasonally adjusted annual rate of 1.288 million units, according to newly released data from the U.S. Department of Housing and Urban Development and the Commerce Department.”

“Republicans and Democrats alike have cut ribbons at community centers, neighborhood rehabilitation projects and affordable housing developments — and for the past 42 years those initiatives have been supported by the Community Development Block Grant Program.”

“After languishing on the real estate market for months, a multimillion-dollar, seven-story, basket-shaped building will soon be the property of Licking County, Ohio. A foreclosure is imminent, according to local officials.”

“After eight years of steadily rising, the growth in commercial real estate values is losing steam with a number of markets having already plateaued.”

“The number of bankruptcy filings nationally rose in February, according to the February 2017 Bankruptcy Trends report by Epiq Systems. Overall, Epiq reported 58,336 national filings last month. That’s up from 54.574 filings in January.”

“Financial markets are telling Janet Yellen there’s more work to be done — or else.  While the Federal Reserve chair raised interest rates by 25 basis points as expected Wednesday, the outlook was less hawkish than market participants foresaw, with projections for the medium-term tightening cycle largely unchanged.”

Bruce Norris will be speaking at 10 Life-Changing Days of a Real Estate Investor with LA South REIA on Monday, April 10.

Bruce Norris will be speaking at 10 Life-Changing Days of a Real Estate Investor with Pasadena FIBI on Thursday, April 20.

Bruce Norris will be speaking at the AOA “Million Dollar” Trade Show & Landlording Conference in Long Beach on Wednesday, May 24.

Housing starts for single-family homes increased by 5.2% to 1.178 million, their highest in nine years.  More people were choosing to rent as opposed to buy over the following three years despite the increases in rents.  The Mortgage Bankers Association reported a 3.3% decrease in mortgage refinance applications from the previous week.