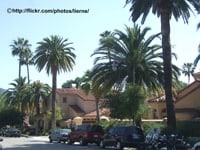 Freddie Mac reported mortgage rates have barely changed and continue to stay below 4%.  30-year rates now stand at 3.93% and 15-year rates at 3.15%.  The National Association of Realtors reported existing home sales increased last month by 2% to 5.59 million.  Despite this, home sales in California actually decreased 4%.

“Mortgage rates barely moved from last week, with rates once again coming in below 4%, the latest Freddie Mac Primary Mortgage Market Survey found.  The 30-year, fixed-rate mortgage averaged 3.93% for the week ended Aug. 20, down from 3.94% a week ago. Last year, it sat at 4.10%.”

“A nascent corner of the market for Fannie Mae and Freddie Mac bonds is on a roller coaster ride despite what Morgan Stanley calls the “pristine performance” of the mortgages linked to the debt.”

“Existing home sales increased 2% to 5.59 million in July, surpassing expectations.  “The creation of jobs added at a steady clip and the prospect of higher mortgage rates and home prices down the road is encouraging more households to buy now,” Lawrence Yun, chief economist for the National Association of Realtors said in a release.”

“The Mortgage Bankers Association (MBA) today released its mid-year ranking of commercial and multifamily mortgage servicers’ volumes as of June 30, 2015.”

“A federal watchdog announced its intention to issue a response sometime in the third quarter this year to a Congressional request made in March to address the scope of borrowers owed compensation from the 2013 Independent Foreclosure Review (IFR).”

“Refinances continue to gobble up a larger share of the market as rates continue to fall.  “Concerns about the Chinese economy pushed interest rates down last week, resulting in a two basis point decline in 30 year fixed interest rate, bringing the rate down to its lowest since May 2015,” Lynn Fisher, MBA’s vice president of research and economics said in a release.”

“Detroit’s housing market is working in overdrive to try and stay afloat amidst the troubling situation that continues to plague it.  The good news for the city — it is starting to see positive results for all its hard work.”

Bruce Norris of The Norris Group will be speaking at the 2015 Inland Southern California Economic Forecast Conference on Thursday, October 1.

Bruce Norris of The Norris Group will be presenting the 8th annual I Survived Real Estate 2015 on Friday, October 16.

The Norris Group will be holding its Property Buying Bootcamp on Tuesday through Thursday, October 27-29.

The real estate market picked up with construction starts increasing 7% and interest rates increasing 4.5%, making it a good time to invest according to Bruce Norris.  Homeownership ranked high in Riverside County with populations above 50,000.  Distressed sales decreased decreased to 11.4%, putting them at their lowest since before the housing bubble burst.