Builders Think It Will Help The Housing Market 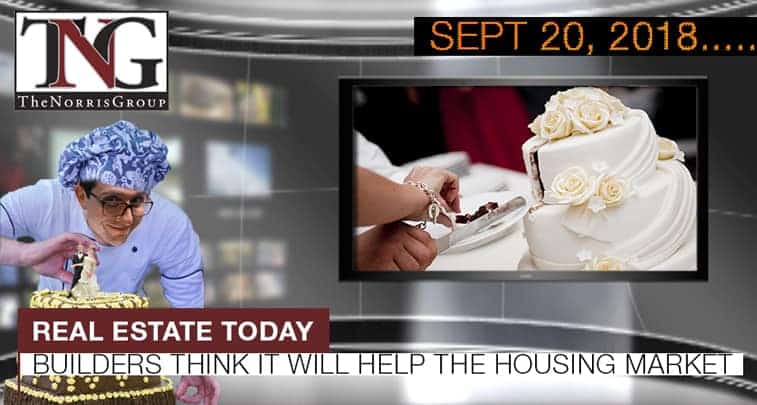 “Signs continue to point toward a changing market that’s letting homebuyers be more selective as supply constraints begin to ease in the hottest markets.”

“It pays to be a homeowner—quite a bit, actually. In certain parts of the country, it’s even wildly profitable. Cha-ching!”

“Existing-home sales remained steady in August after four straight months of decline, according to the National Association of Realtors. Sales gains in the Northeast and Midwest canceled out downturns in the South and West.”

“For the first time since 2012, rents nationwide remained at the same level as they were a year earlier, with a median rent of $1,440.”

“U.S. household wealth rose by $2.19 trillion to a fresh high in the second quarter, boosted by a stock-market rally and higher property values, figures from the Federal Reserve showed Thursday.”

“The ultra low mortgage interest rates that fueled a revival of the housing market after the Great Recession are moving higher, posing a potential threat to the economic boom.”

Bruce Norris will be giving a Market Update with the Chino Valley Real Estate Professionals on Friday, Septemeber 21.

The Norris Group will be presenting its 11th annual award-winning black-tie event I Survived Real Estate 2018 on Friday, September 28.

Bruce Norris will be speaking at the 2018 Cutting-Edge Financial Tactics Brunch on Saturday, October 27.

First home purchase entirely by Bitcoin occurred this week in Texas.  The National Association of Realtors reported a 1.7% decrease in existing-home sales the previous month.  Mortgage applications decreased 9.7% in the wake of the hurricanes and increased rates.