According To Landlords, YES! 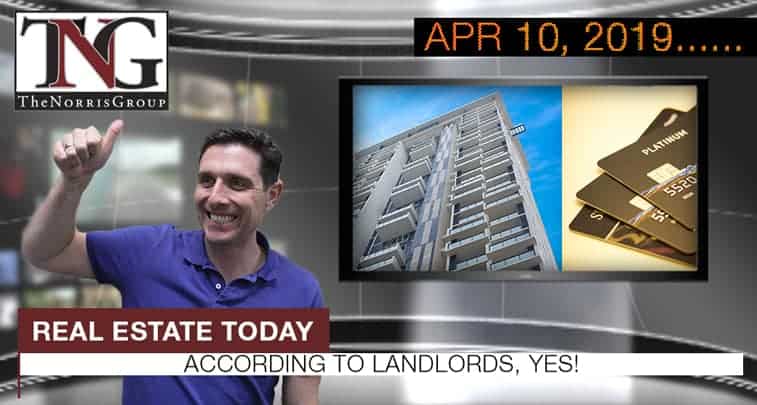 Can you rent an apartment with bad credit?  The Mortgage Bankers Association reported a 5.6% decrease in mortgage applications from last week.  It could cost you up to $76,000 to sell your home in some cities.

“Mortgage applications decreased 5.6 percent from one week earlier, according to data from the Mortgage Bankers Association’s (MBA) Weekly Mortgage Applications Survey for the week ending April 5, 2019.”

Apartment Therapy – “How to Rent an Apartment With Bad Credit, According to Landlords” (4-10-2019)

“So your credit’s shot due to some past troubles with bill-paying or credit card debt. Does this mean you’ll never be able to rent an apartment again? Not necessarily.”

“Selling a home isn’t a one-way ticket to making a profit — rather, it can come with fairly hefty costs depending on where you live.”

“The estimated cost to end homelessness in the San Francisco Bay Area is $12.7 billion and additional billions annually to fund ongoing services to the needy, according to a report released Wednesday.”

“Real estate leaders at Inman’s Disconnect event agreed that lower-producing agents will likely drop out in the future.”

“FHA mortgage loans, which are insured by the Federal Housing Administration, are about to become a little tougher to get.”

“If you’re buying a house, you might wonder how to lower your closing costs—a daunting list of fees that accompany a home purchase.”

“Homeownership has its perks. But owning is not always affordable. In these cities, it’s cheaper to rent.”

Bruce Norris will be presenting his latest Real Estate Market Update with Tri-Counties Association of Realtors on Thursday, April 11.

Bruce Norris will be presenting 10 Decisions To Make Before The Next Downturn at the AOA Million Dollar Trade Show on Wednesday, April 17.

Bruce Norris will be presenting 10 Decisions To Make Before The Next Downturn with Pasadena FIBI on Thursday, April 18.

How could you be the top bidder on a home?  Early-stage delinquencies were less in January according to CoreLogic due to the impact of the hurricanes and fires being less severe.  The amount of commercial and multifamily originations closed by the Mortgage Bankers Association in 2017 totaled $530 billion, their highest on record.