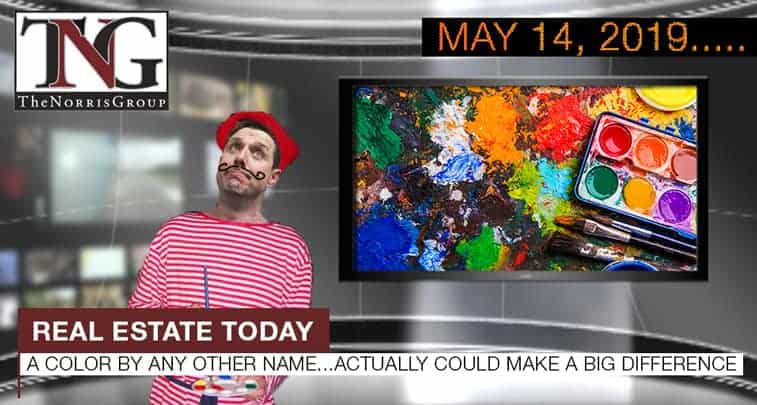 When choosing a paint hue for your walls, it’s not just the color that matters, but the name of the color too.  The Mortgage Bankers Association reported a 12% increase in commercial/multifamily originations in the first quarter.  More and more teachers are having a hard time owning a home.

“Picking a paint color to slap on the walls of your home can be tough—so many hues to choose from, so little time! And it’s not just about the color. A paint color’s name matters, too.”

“Teachers are having a hard time becoming homeowners.  According to two new studies, average teaching incomes coupled with rising home prices are putting the American Dream out of reach for many of our country’s educators.”

“How can more spending mean worse results? Thanks to American transportation policy, it’s a reality painfully understood by millions of drivers, who commute on a deteriorating network of roads right as local and state transit agencies spend increasing sums of money on new highways.”

“Americans continued to take on debt in the first quarter, though new mortgage borrowing slowed to the weakest level since late 2014, according to a Federal Reserve Bank of New York report.”

“President Donald Trump took to Twitter on Tuesday morning to air his thoughts on the trade war with China, where he hinted at monetary actions from the Federal Reserve.”

“The delinquency rate for mortgage loans on one-to-four-unit residential properties rose to a seasonally adjusted rate of 4.42 percent of all loans outstanding at the end of the first quarter, according to the Mortgage Bankers Association’s (MBA) National Delinquency Survey.”

Bruce Norris will be presenting 10 Decisions To Make Before The Next Downturn with LA REIA TONIGHT.

Bruce Norris will be presenting a Real Estate Market Update with SRCAR on Tuesday, May 21.

Bruce and Aaron Norris will be speaking at the NSDREI 15th Anniversary Dinner Party on Tuesday, June 18.

Steal or bad deal?  Texas remained on top in 2017 as the number one growth state in the country according to a migration trends report from U-Haul.  Realtor.com’s latest list showed the top cities where recent college grads (and everyone else for that matter) could actually afford to live.