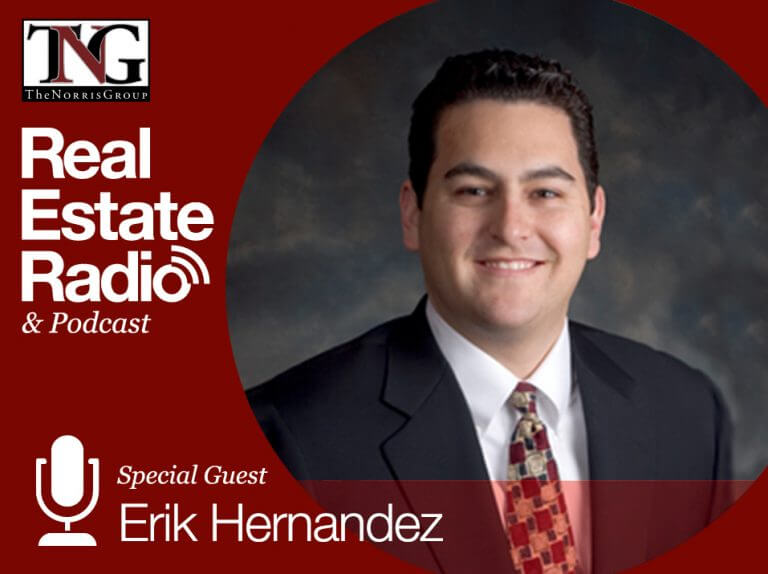 Lee and Associates specializes in industrial commercial real estate. Bruce asks when the commercial real estate market peaked. Paul said the peak was about the same as residential but that it became more obvious in July of 2007. This is when several partners backed out of deals and much more scrutiny started taking place.

Bruce asks Erik about financing and if commercial had its own version of stated income. Erik says Lehman was doing commercial lending as well but it wasn’t as aggressive. Paul says lenders were willing to finance on sales comparables instead of income streams. No income stream analysis was taking place but now that has changed.

The typical buyer from 2004-2006 in the commercial Inland Empire market were Asian entrepreneurs and domestic buyers for consumer services. The market has receded but some areas on the outer edges of the Inland Empire are being hit harder. No new development is taking place. Foreign investors haven’t disappeared but are slow and cautious when making decisions.

Bruce asks if commercial deals were leveraged or if they were bought cash. Erik says if it was an owner occupant (owner user) the deal would typically have 10% down and 90% would be financed. Lenders would do a first trust deed at 50% and then a second at 40% would be guaranteed by the Small Business Administration (SBA). Erik says this program is currently still around. Wells Fargo, Bank of America, and some regional banks are still active in the commercial arena since they are only 50% into a transactions. Bruce asks if the SBA is in line for the bailout.

Paul says prices are down around 15% from the peak. There are a few spots where it’s worse. For those that can’t refinance, they are letting the building go into foreclosure.

Paul says they are expecting a rough road for the coming year. Rents and values have dropped and financing is impossible for some. The SBA financing is only good up to $3 million dollars. Anything over must use conventional financing. SBA is also more conservatively underwriting their loans. SBA is paying more attention to debt-coverage ratios (DCR) as opposed to pure sale comps. DCR measures your ability to pay the property’s monthly mortgage payments from the cash generated from renting the property. SBA has not dried up so financing is still there.

Conventional financing is now limited to 65% of value. Lenders are much more cautious here. Bruce asks about mezzanine financing. Paul says it’s changed. Mezzanine financing used to be anything above 75% loan to value. Now it’s 60% loan to value. If the underlying lender will allow it, it’s much more expensive. 14-15% rates will apply and the financing will be for 3-5 years typically. The first can be around 10 years. They will want to get as much risk out of the way as possible.

If the property is very good construction and has good tenants, Cap rates are held low. Investors feel better protected here. The all cash buyers are looking for these nicer buildings. Leveraged buyers see higher cap rates. Caps rates are up 25% and Paul expects it to go up another 10%.

Bruce asks about what happens when a cap rate goes up from six to eight and what happens to the value. Paul says about a 25% in value takes place. Any new development is nearly impossible because land and construction can’t keep up with price adjustments. Bruce says similar things are happening for the residential market as properties are being bought for land value.

Bruce brings up that there is $100 billion of commercial financing that comes due in 2009. Bruce asks if Paul and Erik think it’s a problem for those hoping to refinance. Paul thinks that number is low because that number is premised on individual loans and some business have leveraged their building for lines of credit and those are coming due as well. Paul says that lenders can also make margin calls on these lines of credit. It could be a huge problem.

Bruce asks if pension funds buy real estate free and clear. Paul says that is true and pension funds don’t act as quickly and have a longer range outlook for investments. REITs are structured differently and some are fairing better than others. Bruce and Paul talk about REIT values going through the floor and if that will change how they are able to fund future projects.

Bruce asks about how insurance companies are involved and if they are big players in the financing of commercial real estate. Paul says they are much more risk averse and have pulled back in availability of funds.

Paul says vacancies are not out of control yet but they are starting to increase. Erik talks about vacancy (buildings with no tenants) versus availability rates. Many companies are subleasing space since down sizing is taking place. Vacancy numbers may be around 6% for the West End but availability rates are around 12%.

More coming next week and you can find Paul and Erik at lee-assoc.com.

Paul Earnhart is the founding Principle at Lee & Associates – Ontario which is one of the most successful commercial real estate teams in Southern California.

Specializing in industrial real estate, Erik’s specialties include active land sales and development, tenant/buyer representation, landlord representation and investment sales and analysis. Erik has been active in the commercial real estate market in the Inland Empire for over eleven years, and has been a licensed real estate agent with Lee & Associates since 2000. He is a CCIM (Certified Commercial Investment Member) candidate, expecting to complete the designation in 2006. Erik was also selected to part of NAIOP’s2006-07 Class of the Young Professionals Group.

Erik brings a unique perspective to the review and analysis of the commercial real estate market, having previously directed the market research efforts for two Lee & Associates’ offices (Ontario and Las Vegas, Nevada) from 1995 through 1999, and also directed a companywide, 10 office market research effort for a major competitor from 1999 to 2000, before returning to Lee & Associates as a sales associate and member of Team Earnhart in 2000.