Average home seller profits hit 10-year high last quarter.  The NAHB reported the housing market for 55+ was still at its highest on record in the fourth quarter at 71, up 12 points from the previous quarter.  Airbnb is starting to charge more for rents in New York fewer units are becoming available for use by the company.

“Skyrocketing New York City rents can be blamed at least in part on the rise of the home-sharing service Airbnb, a new study has claimed.”

“Builder confidence in the single-family 55+ housing market remained strong in the fourth quarter of 2017 with a reading of 71, up 12 points from the previous quarter, according to the National Association of Home Builders’ (NAHB) 55+ Housing Market Index (HMI) released today”

“The Realtors Property Resource®, a wholly owned subsidiary of the National Association of Realtors®, has suspended its Advanced Multi-List Platform, or AMP, project to reduce costs by several million dollars in 2018 and allow greater focus on its core initiatives.”

“The fitness industry is booming. The mall business is not. Put a gym in a mall, and boom, you suddenly have a busier mall.  Anything to get foot traffic, even if they’re sweaty feet.”

“Late last week, Realtor.com released its “State of the Housing Union,” an annual report published shortly prior to the president’s State of the Union address.”

“Building product manufacturers displayed some two dozen football fields worth of wares at the International Builders Show earlier this month in Orlando.”

“Saving up a down payment is the biggest hurdle to buying a home for many families, especially when home values are increasing quickly. But various programs exist that might make this task easier for you.” 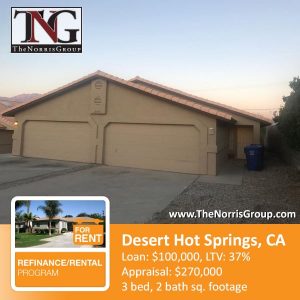 Homeownership and vacancy rates across the nation totaled 1.8% and 6.9% in the fourth quarter according to the latest Census Bureau report.  AppFolio just released their list of markets where renting was the most and least affordable.  Redfin and Sun Number also released their list of top ten cities that had the potential for solar power that had not utilized it yet.