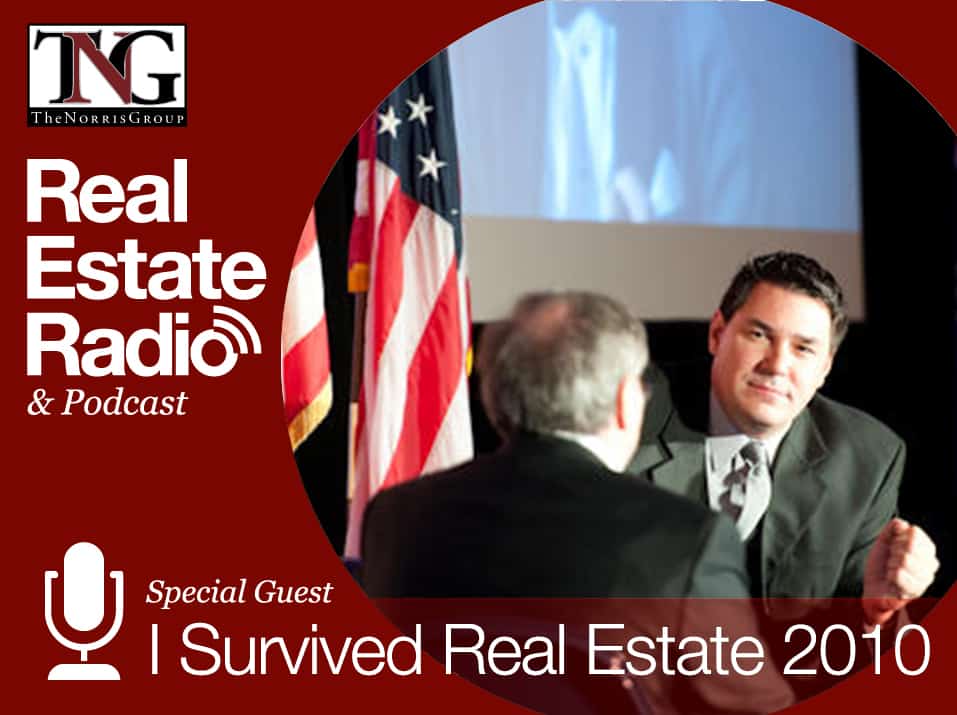 The Norris Group has assembled an incredible line up of industry experts to discuss the state of REO from the inside. Topics will include regulatory intervention and aftermath, bulk buying, myths and facts, and opportunities emerging for real estate professionals. 100 percent of the proceeds support the Orange County affiliate of Susan G. Komen for the Cure. This event would not be possible without generous help from the following platinum partners: Foreclosure Radar and Sean O’Toole, the San Diego Creative Real Estate Investors Association and Bill Tan, Investor Workshops, Invest Club for Women and Iris Veneracion and Bobby Alexander, Claudia Buys Houses, The Business Press, Frye Wiles, MVT Productions, and White House Catering.

Investors buy about 1/3 of Freddie Mac’s properties. Freddie Mac does not offer financing for most of those investor purchases, but Fannie Mae does. Fannie Mae has a program called Home Path. Many investors can qualify for Home Path financing on rehab properties. The financing on the rehab program includes the cost of repair. It is somewhat similar to the 203K loan. The problem Bruce has experienced with these programs is they don’t offer enough financing to significantly help investors. Bruce is usually only offered about $4,000 for rehab financing.

It is hard to pull a pool of properties together in a way that is just as attractive for an investor as finding one good property.

Inventory levels are increasing. Freddie Mac started this year with 45,000 properties in inventory, but today we have about 70,000. 55% of those properties are in the redemption, eviction and prelist phase. That phase is taking longer now. Approximately 55% of Freddie’s properties are becoming occupied. Freddie has about 15,000 homes on the market, and the rest are in the closing process.

As inventory levels increase, and as the 90-day strategies fail, then Freddie might move to a ballroom or online auction. However, if a property has had sale fallouts or could use significant improvement, then it may be relisted. Freddie’s goal is to figure out what selling strategy will have the best recovery rate. On day 75 of the listing, Freddie gives the broker a two week notice, and then moves onto the auction process.

Fannie Mae has a web-based portal for investors who desire to qualify for bulk purchases. You must provide information about yourself, provide your tax I.D. number, and allow Fannie Mae to do a background check on you. Once you qualify, you are given access to the web-based portal. This portal contains listings of properties, and it allows investors to submit a bid. This portal is for the larger pools. The properties in the pool are located across the country.

Bruce believes that tax payers could be saved a lot of money if properties were sold to investors rather than being given to NSP programs. Sarah Letts suggests that those investors go to the auctions.

Tommy Williams was the person who suggested that Bruce should read The World Is Flat. One of the most significant quotes in the book says, “No institution will go through fundamental changes, unless it believes it is in deep trouble and must do something different to survive.” Tommy believes that no other country in the world provides us with the same amount of opportunity as the free enterprise system of the U.S. That opportunity is built upon the initiative of the individual. We need to focus on turning that individual initiative loose. When you restrict individuals from making free market decisions, there are greater repercussions.

Tommy believes in the auction process. The stock market is like an auction, and everybody agrees with that auction every day. What if tomorrow morning, the DOW Jones said, “If Microsoft doesn’t bring us 25 dollars, we won’t sell”? It wouldn’t work. This is the problem we are dealing with in our current housing problem. Three years ago, the market told us that we had to rethink what houses were worth. Unfortunately, we have found out how accurate the market was worth. Tommy Williams believes that Sean O’Toole’s estimates are accurate, but he wises it wasn’t true. Tommy believes we have a long road ahead of us before we reach real market value. The quicker we get to that value, the better.

“Unfortunately, it has been too long since America had a leader ready to call on our nation to do something hard. To give something up, not to get something more, and to sacrifice for a great national cause for the future, rather than live for today.” – The World Is Flat

Tommy believes that if a politician actually had the courage to stand up and tell America the truth, the citizens would elect that person instantly. Unfortunately, we have been given so much bs that we aren’t accustomed to politicians being honest.

A crisis is a terrible thing to waste. We’ve had two in the last decade – 9/11 and the current financial crisis. Bruce has been to baseball games where everyone stood up after the 9/11 crisis. When we have a crisis, we can make changes, but we have to have someone that we can support in the government.

Thornberg is worried about where our fiscal debt is going. We are borrowing $1.3 trillion this year. We do not currently have that much debt, because most of it is in social security. Our net debt represents about 50% of the economy right now. That seems high, but Christopher doesn’t believe that is actually extremely high. However, if you are borrowing $1.3 trillion per year, that debt percentage will quickly turn into a number over 95%. Unlike Japan, we are a nation relying on external capital. If we keep borrowing, there will come a time where the world bond market will say “enough is enough”.

Thornberg does not believe that household, and local debt is that bad. We do not have that big of a debt problem. Our pensions are in trouble, but other than that, Christopher thinks we are fine. Consumer debt spiked in proportion to asset values. It also fell significantly when the asset bubble popped, and Americans realized they had too much debt. Most of American debt is in mortgage debt from Fannie and Freddie. Non-mortgage debt didn’t really rise at all. Overall, that debt is not too significant.

Stock investments have nothing to do with GDP. When we spend stock profits, that money does not get counted into GDP. When you pay taxes on your stock portfolio, those taxes are recorded in GDP statistics, but then they have to subtract your capital gains income from the total.

Thornberg is worried about where our fiscal debt is going, but he is not sure at what point he would say “enough is enough”. We’ve never had an unmanageable amount of debt, but we’ve also never had a government that is so unwilling to acknowledge the reality of our problem. The government claims it wants to fix the deficit, but it won’t raise taxes. Thornberg is a proponent of paying taxes, and he thinks all the Bush tax cuts should be taken out. He doesn’t enjoy paying taxes, but if the citizens of the U.S. actually have to pay, then we will finally stop the government from spending it. We have developed the delusion that the Federal debt is not our debt. If the government is borrowing $1.3 trillion dollars, a lot of that money will come from the citizens. It would take $4,500 from every citizen to pay that debt.

Thornberg does not believe that deleveraging is deflationary, because leveraging is not inflationary. In the middle of the leveraging binge, Alan Greenspan was worried about deflation. When you pay debt off instead of spend, you can decrease demand somewhat. Reducing demand can reduce the velocity of money, which can cause deflationary pressure. That is why Greenspan went through quantitative easing, and he did a pretty good job.

If you have a willing buyer and seller that come to a fair price together, then you have market value. That definition of market value will never be able to stop a real estate bubble. The Norris Group built homes in Rosamond. In Rosamond, the market should have been $150,000, but Bruce was selling those homes for $280,000. In the commercial world, the appraisal has multiple pieces. You have to calculate for comps, cost of building and income generated. Bruce asks Joseph Magdziarz if he thinks we should change the structure of how we come to the proper value. Joseph believes the definition does need to be looked at. During the boom, California prices escalated quickly, but rental prices didn’t change much. So prices changed a lot, but the underlying value didn’t. Unfortunately, the government created too much artificial demand in the market, and that helped cause the market. We created programs for people who couldn’t afford a home.