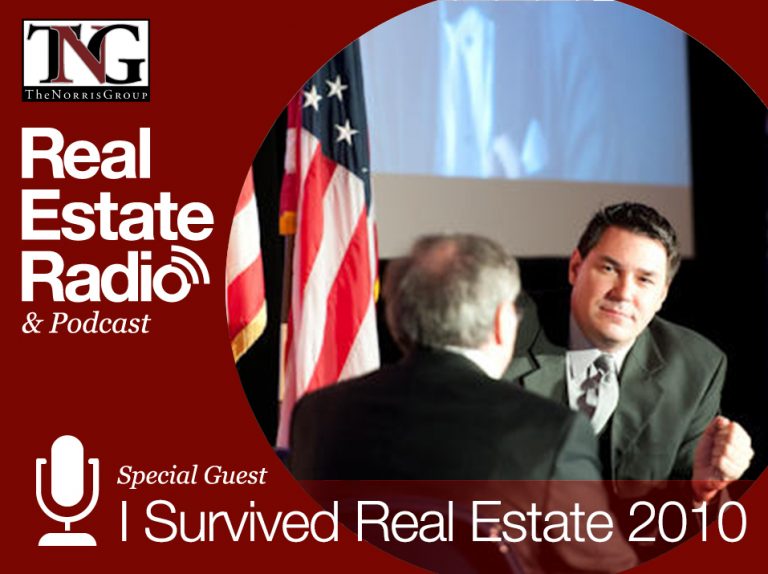 The Norris Group has assembled an incredible line up of industry experts to discuss the state of REO from the inside. Topics will include regulatory intervention and aftermath, bulk buying, myths and facts, and opportunities emerging for real estate professionals. 100 percent of the proceeds support the Orange County affiliate of Susan G. Komen for the Cure. This event would not be possible without generous help from the following platinum partners: Foreclosure Radar and Sean O’Toole, the San Diego Creative Real Estate Investors Association and Bill Tan, Investor Workshops, Invest Club for Women and Iris Veneracion and Bobby Alexander, Claudia Buys Houses, The Business Press, Frye Wiles, MVT Productions, and White House Catering.

We are in a bond bubble. This is what concerns Thornberg the most right now. We had a recent GDP revision. Savings rates are close to where they should be. Employment is flat, but incomes are growing. The panic over a double dip this summer was ridiculous. We are on a path to recovery, but we have created so much fear that we now have a bond bubble. We have ridiculously low rates. The spreads between returns on equities and returns on bonds have never been this wide. Either equities are severely underpriced or bonds are severely overpriced. Thornberg believes the bonds are overpriced, and eventually people will figure that out. If rates shoot up quickly, then we will have a big problem.

Joseph Magdziarz spoke next. Despite the problems Joseph’s industry has had with appraisal companies, his industry has experienced growth. Appraisers had some success with getting legislation passed, such as bill 4173. When October 18th passes, AMCs will have to pay appraisers reasonable fees. Traditionally, when the AMCs have been used, they took all the money from the appraisers. Not all AMCs are bad, but some of them took advantage of people. AMCs were a risk to consumers, because consumers weren’t receiving the best appraisers.

When Joseph is asked to appear before congress, they usually have specific issues they want addressed. These issues are usually related to consumers.

Sean O’Toole was asked to give his perspective on whether or not we’ve done a good job of solving the real estate problem. The Fed has kept a balance sheet on the U.S. and it’s households. We went from $4.5 trillion of mortgage debt in the year 2,000 to $10.5 trillion at the peak. If you look at the number of new homes added, and the increases in income, we should not have gone about $6.5 trillion. That means there is $4 trillion in excess mortgage debt. Sean believes that in the best case, we have only dealt with $0.5 trillion of that excess debt. We have a long way to go before real estate is healthy again.

Sean wrote an article called Foreclosure Roulette: A Game of Extend and Pretend. Sean does not believe that the current levels of REO inventory accurately reflect the delinquency levels. We had foreclosures moving equally with delinquencies until 2008. That was when Paulson said that we shouldn’t force banks to sell these assets in distressed markets.

Currently, our REO statistics do not mean a lot. We have been bouncing around in a range that has nothing to do with delinquencies. The FDIC has loosened up on forcing lenders to get bad assets off their books. Since we changed these rules, foreclosures have stalled.

The treasury has admitted that their strategy for dealing with foreclosures was to not allow them to come out at once. They wanted to slow the process down. A new program is coming out in Fall, which will incentivize banks to write down principals on mortgages. That may have some success. Thornberg believes there will be 3 to 4 million foreclosures coming out. Sean O’Toole believes there will be more than 4 million.

Sean believes these new programs are causing problems. These programs are meant to continue the “extend and pretend” strategy. The government is telling us “hold on, we have HAMP to solve the problem”. HAMP had design flaws from the beginning, and Sean does not believe it was intended to be successful. The government then came out and said, “Hold on, we have HAFA”. HAFA also had design flaws. It was not intended to be successful. Sean will not be fooled by HAMP’s new principal balance reduction. Fannie Mae claimed it would damage people that strategically default.

The average foreclosure in California is $150,000 dollars upside down on a $250,000 house by the time it reaches the courthouse steps. The banks and the government do not want people making the right decision for themselves by walking away. This is why Fannie Mae recently encouraged banks to push through foreclosures. The banks are not actually going to push through foreclosures, but they want people to think they will, so that they won’t strategically default.

Tommy Williams does not understand how we can give principal reductions to people who were irresponsible, but give nothing to the people who were responsible. This will not work in a capitalistic society. Tommy believes that Bruce’s idea was fantastic. Right now, the average American can afford a $150,000 home. However, people are trying to sell their home for over $300,000. All the mortgages in the United States that were selling for over $300,000 equate for 5% of the market. Right now, they are still selling homes for above affordable rates, and they are building homes that are still too big.

After 1992, we built 75% of what we needed for our population growth. The biggest problem is that we’ve been building big homes in the Inland Empire, but what we really need is lower rent apartments closer to urban areas. We are going to need more housing in 2011 and 2012, but not bigger homes. If builders still to smaller town houses, then they could make a living. However, if they do that, the builders will have to deal with zoning boards, local governments who are cashed strapped who want you to fix their streets, sewers, power lines and their pensions.

In 2008, there was very little capital available for commercial properties and there was little liquidity. In 2009, some of those capital sources started coming back. We have more capital available to us today, than we have had over the last 2 years. The problem is that many properties do not qualify for financing. Some properties have leasing issues, and no one will finance those. Most of those nonperforming properties are still in the hands of the owners. The banks will not foreclose on those properties, because they do not have the ability to write those properties down. We are starting to see the banks make progress now, because the Fed is giving the banks 0% interest rates on loans. The 0% interest allows the banks to make a small profit, which allows them to then foreclose on those properties. Dealing with this extended process is going to take even longer, because no one is putting a gun to the banks’ heads.

In the 90s, the rules were different. The FDIC forced lenders to give a notice of default if someone is 100 days delinquent.

In 2012, many commercial maturities will come due. A lot of that debt is from commercial mortgage backed securities. That debt is being held by bond holders. That debt will not be refinanced. A lot of non-refinancable loans are being pushed out for 2 years. CMBS is coming back, but values are not coming back. In 2006 -2007, we made 80% loans on an inflated value. Those properties may be 60 to 70% of what it was in 2007, but it still has a loan worth 110% to value. Just because we have money available to refinance doesn’t mean we can, because we don’t have the values we need.

Thornberg believes that if the people who own this debt just “close their eyes and hold their nose” until 2014, then they will be ok. Daniel says that is just the game that these debt holders are hoping on, but it may not work.