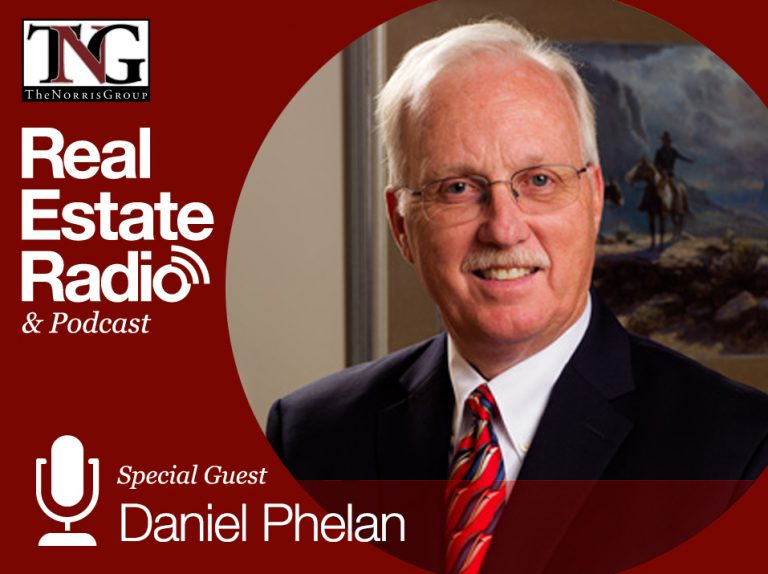 September 17th, 2010, The Norris Group returns with its award-winning event I Survived Real Estate 2010. The Norris Group has assembled an incredible line up of industry experts to discuss the state of REO from the inside. Topics will include regulatory intervention and aftermath, bulk buying, myths and facts, and opportunities emerging for real estate professionals. 100 percent of the proceeds support the Orange County affiliate of Susan G. Komen for the Cure. This event would not be possible without generous help from the following platinum partners: Foreclosure Radar and Sean O’Toole, the San Diego Creative Real Estate InvestorsAssociation and Bill Tan, Investor Workshops, Invest Club for Women and Iris Veneracion and Bobby Alexander, San Jose Real Estate Investors Association and Geraldine Barry, Claudia Buys Houses, Frye Wiles, MVT Productions, and White House Catering.

This week Bruce is joined by Daniel Phelan. Daniel is the CEO of Pacific Southwest Realty Services. He is responsible for this company’s mortgage operations. Pacific Southwest Realty Services is an investment firm focused on commercial real estate. It represents and advises both real estate clients and institutional investors in debt. It is involved in equity placement, strategic planning, property sales and loan administration.

Daniel does not think that investors perceived a high level of risk in the prices they were paying for real estate during the boom. Prices had been steadily increasing since July 1993. Commercial real estate had a continuous growth pattern all the way to 2007. If you had only been in the business for 15 years and had only seen positive growth, then you probably wouldn’t feel at risk.

The lending side was probably looking at the boom similarly. There was a lot of competition, because Wall Street entered the market. There was a tremendous amount of debt capital in the market, and it was extremely competitively priced. These prices made real estate investments that much more enticing. People saw the need to get their capital invested in some form, and commercial real estate was perceived to be a safe investment.

In 2006 to 2007, down payments were reduced because of the confidence of the market. Borrowers were getting into commercial properties with only 20 percent. Historically, you could probably get most properties financed with 25 to 30 percent down. However, 75 percent is considered to be a more appropriate and safe number.

There are two tiers of debt. Most banks is recourse, but most non-bank debt is nonrecourse. 99.9 percent of the debt for life insurance companies and pension funds is nonrecourse. Because Daniel’s company works with these kinds of firms, they could only look to the real estate for satisfaction of a debt following a default. From 2005 to 2007, many banks backed off their recourse loans and went nonrecourse.

The source of capital during the boom came from portfolio lenders, such as life insurance companies and banks, and nonportfolio lenders, such as securitized lenders and Wall Street lenders. If you were trying to accomplish high loan to value with lower rates, then you probably got involved in the commercial mortgage backed securities market. You would expect a rate of 110-120 over treasuries. Those loans would be pooled into $2 billion pools, and then sold on Wall Street.

Mortgages made near 2006 are not doing well right now. Underwriting standards were very loose at that time. The default rates for those issuances are above 5 percent, and sometimes above 10 percent.

Mezzanine financing can be compared to second trust deed. It is a debt placed behind a first trust deed. It is used for taking cash out of a property, cover tenant improvements, or buy out existing partners to recapitalize the partnership.

If you intend to occupy a commercial building, you could get 90 percent financing from a bank loan. This is only available to owner occupants, and it is only available in a purchase situation, not a refinance situation. If you were buying a multi-tenant investment property, you probably would get financing from life insurance companies. Banks are beginning to come back to the commercial investment market. With these deals, banks are looking for a full relationship with bank accounts and operating accounts. During the second quarter, the commercial mortgage backed securities market starting coming back. However, this market is not coming back quickly. Daniel’s company funded its first two cmbs loans since 2007.

Daniel’s company always looks at the operating history and income of a property, and then he makes a reasonable expectation of how well that property will operate over time. The projection for those properties is typically not very good. In 2006-07 we had not been hit by unemployment. Most tenants were performing well, and occupancy rates were above 90 percent.

Many commercial loans are coming due in 2012. These loans were underwritten in 2002. These loans are going to cause a big problem. In 2002, underwriting standards were not that “out of wack”. Prices have come down a lot, but they are still greater than what they were in 2002. Daniel think there is plenty of capital to refinance the debt on those properties, and in many cases, lenders are willing to roll over those loans. The bigger problem comes in during 2014 to 2017. During these years, you will have loans on properties with significantly diminished values. At that time, you may start having tenant default issues.

Construction on commercial real estate is not going to perform well. Daniel does not know of any bank that did a commercial construction loan in 2008-09. However, there are some banks now that are willing to loan on a multifamily property now.

Residential real estate is beginning to experience a large number of strategic defaults. Commercial loans are also beginning to default, but not as badly. Commercial property owners can make their payments so long as 70 percent of the tenants are making their payments. Commercial loans are made based on the ability of a property to make income. The commercial property owners that will experience difficulty are the ones that have let go of workers. They may have a large amount of space, but are only using a small portion of it. When their leases come due, these owners will probably move out to a smaller space. This will hurt larger commercial properties.

Most cap rates during the peak were around 6 to 7 percent. For multifamily properties and apartments, cap rates were around 5 percent. As of last year, most cap rates have moved up to 8 to 9 percent. The reason why we have not experienced a dramatic change in cap rates is because of Fannie and Freddy’s involvement.