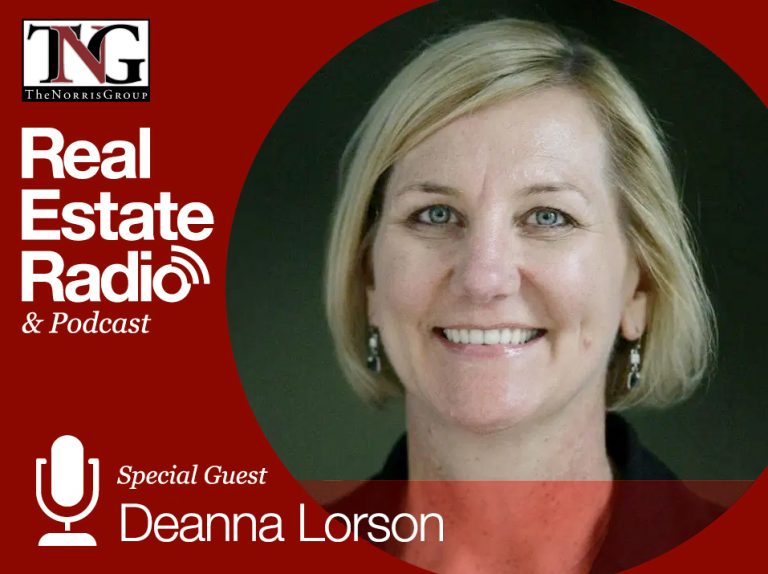 Bruce Norris is joined this week by the Development Director for the City of Riverside, Deanna Lorson, and the Code Enforcement Director for the City of Riverside, Scott Barber. Bruce, Deanna, and Scott discuss what their jobs look like on a daily basis, their core job functions, the state of the Neighborhood Stabilization Program (NSP), how Riverside has been dealing with the funds, how Riverside works with a private trust, the type of inventory Riverside is focusing on, and much more.

California has undergone a huge shift from a massive construction boom to becoming a foreclosure heaven. This transition has been difficult for Scott. He had to reduce his workforce by 34 percent. He has moved some of his valuable employees to code enforcement from planning and building safety. These people are dealing with problems related to foreclosures and abandoned properties. His work used to be evenly spread between the areas of planning, building, and code enforcement, but now his work is mostly focused on code enforcement, and building has become a minor part of his work schedule.

When the focus of Scott’s work shifted, he had to train many of his employees for different types of work. There are certain aspects of being a code enforcement officer, which you need to be prepared for, especially when you are inspecting abandoned properties. When you are a building inspector, you are accustomed to going to a job site where someone is waiting for you with plans and instructions, but when you got to an abandoned house, there might be someone waiting for you, but they won’t be waiting with a set of plans.

The process on foreclosed properties is very paper intensive. These jobs include a lot lender communication and follow up notices. Because of all the paper records that go into these jobs, Scott’s team never loses in court.

In 2008, the National Stabilization Program was created. Riverside city received $6.6 million and Riverside County received over $45 million. This money was used very differently between the county and the city. The city focused on existing single-family foreclosures. Riverside city worked on getting these foreclosed homes rehabbed and sold. The county is more focused on partnering with large developers making track homes. The county covers 7,200 square miles, so they have a much larger focus. Riverside city has the ability to pay attention to individual neighborhoods.

Riverside’s $6.6 million was allowed to be leveraged. Riverside leveraged its money by adding in another $5 million from the redevelopment funds. Then, Riverside gained a letter of credit from a bank for $20 million.

Riverside’s focus is on houses that the market will not take care, such as homes that need substantial rehabilitation. The city of Riverside also tries to focus on areas of high foreclosure density. Scott is responsible for determining which places should receive the most attention. When neighborhoods look bad, they encourage other problems to occur, so Scott’s work makes a strong impact on neighborhoods.

Even through prices have decreased, it is still hard for Riverside to buy homes. It is not easy to find out who owns a “for sale” property, and it is not easy to get a deal from the owner. Deanna has had a lot of success when working with the National Community Stabilization Trust, which is a nonprofit group who works with banks to gain inventory. This company was made specifically to deal with foreclosed properties. The banks allow this company to know where the inventory is, and then the Trust gives the city a list of eligible properties. Some weeks Deanna might receive a dozen offers, and other weeks she may not receive any.

Not all the homes that Riverside city is offered will meet the city’s standards for purchasing. Riverside focuses on buying homes that will most likely not be bought by investors or anyone else.

Once the buying process starts on a home, an inspector goes to the home and makes plans for getting the house rehabbed. The inspector then works with the contractors on doing the inspections. Scott thinks that Riverside’s staff collaboration gives the staff a huge advantage over other jurisdictions.

The city of Riverside is not allowed to make a profit on the homes it sells. This restriction limits the city’s ability to buy certain homes, because it is not good for the city to sell a home at a value lower than the average asking price of the neighborhood. If the city sells for 15 percent lower than everyone else, then other appraisals will be affected by that sale.

25 percent of Riverside’s funds produce affordable homes for families with low income. For these people, Riverside targets small unit properties and then works with a nonprofit company to make the housing affordable over the long term.

There is always money that comes out of sales. When this happens, the money is reused to buy new homes. However, after five years, any money the city has received from these home sales will go back to the Federal Government.

The money Riverside received for buying homes has provided the city with many opportunities. For one, it has provided jobs to Scott and his staff. Also, there are some properties that Deanna would never have been able to take care of without extra financing. The ability to repair severely damaged homes helps not only its buyer, but also its neighborhood’s value.

There is a domino effect for neighborhoods that see improvement or damage. A large number of foreclosures in a neighborhood will cause devaluation and more foreclosures. On the other hand, increasing a homes value does the opposite.

Riverside’s Municipal Code Section 611 states that when a house becomes vacant, you must maintain it and offer it for sale or rent. If this rule is not obeyed, daily fines will be accrued. These fines encourage banks to take care of the properties.

Bruce asks Scott how he notifies a lender about a property that has become a problem. When Section 611 became active, Scott received so many complaints about unmaintained properties that his staff was not been able to keep up with them. A regular case load for an officer is 100 to 120 active cases. When this program first started, the officers were carrying over 300 cases. All they could do is respond to the calls they received.

Scott has seen so many foreclosed homes that he can now spot a foreclosed home just by driving through a neighborhood. Foreclosed homes often have brown lawns, stuff on the front porch, and evidence of a break in. This look of foreclosure is the problem that Riverside wants to address.

The fines for unkempt properties apply to all parties involved in the foreclosure. This means that owner occupants, the investor intending to buy the property, and the bank that may eventually own the property can be fined for an unkempt home. Some of the calls Scott receives about unkempt properties come from neighbors to those properties, and some from departments of other cities.

Pools on unoccupied lands are a major concern for Scott. When someone calls Scott about their concerns for a pool on a foreclosed home, he has someone get to that home that day. Scott is concerned about someone drowning in an unoccupied pool. Unfortunately, Riverside has received a lot of rain, so Scott has been very busy with getting pools re-pumped.

Lenders can be hard to get in contact with, but Scott’s staff is typically very good at finding them. However, while the party responsible for the home is being found, Scott hires someone to board-up unkempt homes. After 180 days, the city can declare an unkempt property a public nuisance, and then the city has more options available for getting rid of such problems.

Scott has never had a case in which he could not find someone with some sort of financial involvement in a property. However, loan securitization has made it more difficult. Scott’s staff uses an online tax and title service to search for people involved in unkempt homes.