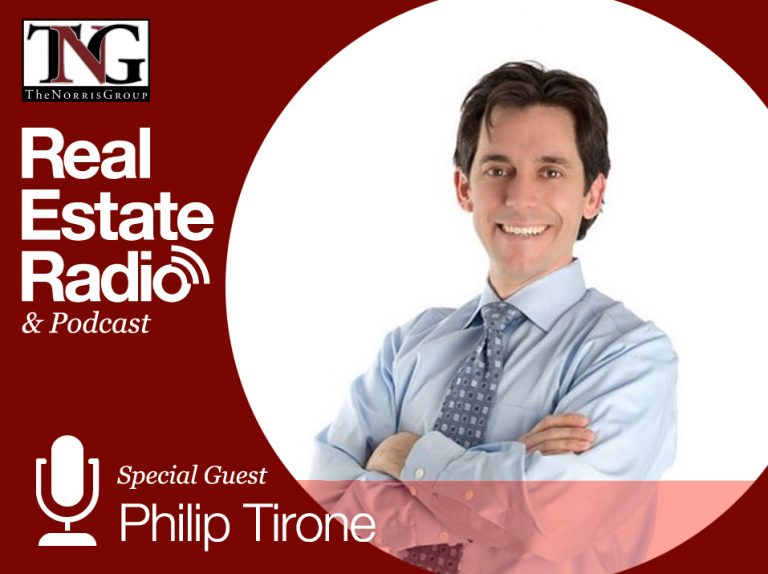 This week Bruce is joined by Philip Tirone. Philip is the president of the Mortgage Equity Group, and author of Seven Steps to a 720 Credit Score.

Philip got in the business in 1997; near the beginning of the boom. For the first 9 years of Philip’s loan career, he continuously saw regulators loosen the business guidelines. The people that he worked with were making substantial incomes from 2004 to 2006. There were some loan agents in Philip’s office who were driving Bentleys. Most of those people are now out of Philip’s business, because they matched their income with their expenses, and they lost their wealth during the recession. This reminded Bruce of a recent trustee sale he attended in which many of the homes being sold were previously owned by mortgage brokers.

Three years ago, a mortgage banker was someone who lent their money to property buyers. The second tier of mortgage banking in which a regional firm lends their own money through a warehouse line. Bank of America, Wells Fargo, and Washington Mutual portfoliod their high risk loans. These high risk loans were what caused other big banks to fail.

Mortgage brokers are individuals who can go to banks and take loans. Many banks have retail divisions, in which people can walk off the street, and they have whole sale divisions, in which banks would sell mortgages at lower rates to people who could sell mortgages. Whole sale mortgages allow mortgage banks to sell their loans at a lower rate to people who will bring them business.

Presently, 99 percent of loans being done right now are going to the government through Fannie Mae and Freddie Mac. Fannie and Freddie are the mortgage backed security outlet. Because loans are being heavily regulated, there is little difference between mortgage bankers and mortgage brokers. This is because there are no longer a large variety of loan programs with different fees; everyone is selling the same product.

The value of a mortgage broker is more appreciated for large mortgages, because they know how to get the deals. Unfortunately, those loans have dried up. The amount of financing being done over $729,000 has probably decreased by over 80 percent. This is partially because mortgage brokers could use stated income loans. There were some scenarios where stated income loans were not a bad idea. For example, a company owner with $5 million in the bank, who wants to buy a $3 million property with 30 percent down, is a good applicant for a stated income loan. Stated income loans did not always mean “no proof” loans. When Philip first got into the business, bankers would check out bank statements. Little by little, stated income became a no document program.

Bruce Norris estimates that over 1,000 foreclosures will occur within the next 30 days on houses valued above $1 million. It is not easy to refinance a bill that expensive, and there are not enough people to buy expensive homes like that.

Another presently occurring problem is poor appraisals. Philip refinanced for a man who bought a loan for $850,000. The value of his property increased to over $1 million. When he ordered the appraisal, the appraisal value came in at $850,000. The borrower was very frustrated with his property’s devaluation, but he didn’t choose to try and sell the property immediately. Later on, he asked for another appraisal, and the appraisal value came in at $1,170,000. These mistakes are making investors want to pull their hair out. We are bringing in appraisers from outside areas who don’t know about the areas they are working in. The AMCs are supposed to behave as a wall between lenders and mortgage bankers, but the reality is that the lenders who were defrauding the banks are not in the business any more.

Bruce asks Philip to discuss the different regulations that have come into the industry. The regulation in the loan industry is so overdone right now; it is literally causing people in the industry to do 2 to 3 times as much work. Regulation X states that mortgage bankers must give extremely precise estimates. These estimates must be so precise that if the escrow fee comes even $200 above the estimate, then the lender must pay for it. This need for precision in estimates is causing people to require over-disclosure. People are complaining about how expensive the fees are, and Philip has to explain that we are in a terrible scenario with over regulation. Any time new regulations come out the loan process is slowed down. For example, one month ago Philip submitted a loan on a $2.5 million property with a 5 year fixed loan, but he later decided that he wanted a 3 year fixed loan. Once he chose to make that change, everything in the loan process had to stop. The underwriter couldn’t underwrite it. If you send the corrections through email then you have to wait at least 3 days. If you are an investor selling a property, you will not be able to sell any faster than within 30 days.

Throughout Philip’s career, refinances and purchases have equally dominated the industry. Currently, more people are doing refinancing because of the great rates.

In 2005 and 2006, about 85 percent of the people who came to Philip were able to get loans. In 2009, only about 15 percent of Philip’s potential customers were able to get loans. Bruce asks what happened to those people who made them incapable of getting loans. Philip says that it is a combination of bad personal scenarios and bad lending policies. Some have severely damaged their savings. In the majority of the cases, the lending guidelines are the cause of trouble. Philip could get great approval for a buyer with a statistically low default risk, but now mortgage bankers are not allowed to back anyone with a default ratio over 45 percent. These policies also prevent refinancing for people who could safely take on extra debt. Some people are being restricted from getting a loan, because they bought a car that slightly tipped them over the 45 percent risk scale. A great borrower could increase their lease by 42 dollars, and then disable themselves from getting a loan. Philip advises people who are looking for a loan to not put anything on their credit card. Even paying off a collection account can damage your credit score.

Philip’s website is www.philiptirone.com. His phone number is 310-453-1901. He will handle any kind of mortgage throughout California.

Reserve requirements for banks have changed significantly for those involved in jumbo loans. Jumbo loans must be backed by six months’ income or 12 months’ payment, but this can vary depending on the situation. Reserve requirements are not as black and white as credit scores.

Bruce and Philip will continue this discussion next week.