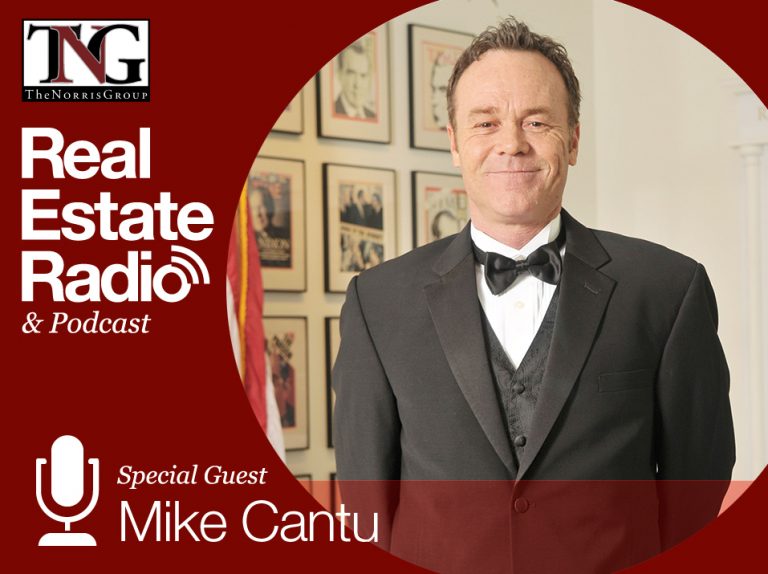 Tony started working in the real estate industry in 1981. He became an appraiser, and then started buying houses in Burbank. He eventually went on to invest in apartments and other types of real estate. Tony believes that what really gave him an edge in the business was his training as an appraiser. If you look at the front part of an appraisal form, it gives you all the information you need to focus your attention on.

Mike Cantu became attracted to the real estate business after watching a late night infomercial. The infomercial was about a surfer who claimed that he went from being a 20-year-old loser to a millionaire in a year. Mike Cantu believed the infomercial and decided to pursue real estate as a career. That night he took some notes and he created a list of goals. He and his friend Chuck went to a free promotional seminar. After going to the seminar, he revised those goals substantially upwards. His first goal was very modest; it was to pay the 40 dollar balance on his retread tires at J&J Tires.

People being trained by Bruce are viewing his finished project and it is very intimidating, because they cannot even imagine owning one of his properties. Bruce asks Mike how important it is to escape reality and set goals for future desires. Mike believes that goal-setting is the most important part of investment. Without a plan and goals you will wander aimlessly. Mike is a very goal oriented person. He has a stack of goal labeled cards which he reviews daily. Mike described a Harvard study in which a graduating class was interviewed. They tracked down that graduating class 20 years later, and they found that 3 percent of the graduates had set long term goals, and that 3 percent had a combined net worth that was greater than the other 97 percent.

Bruce asks Tony when he began to set goals for becoming wealthy, and actually believed he could do it. Tony began to set goals after his first bad experience in the 80s. His initial goal, after coming out of bankruptcy in 1993, was to get to 1 million dollars and 10,000 dollars a month in income. That was a big deal for him because he did not even have a car at that time, and he was working at Shakeys. His income eventually reached 55,000 dollars a month. He made all that money by working with REO agents.

Freedom is what defines wealth for Mike. Wealth gives him the freedom to do what he wants and live life on his terms. Mike obtained his first level of freedom in 2000. He realized then that he had all the things he needed to pay of some of his debts. Mike once thought he was invincible and that he could avoid the mistakes that many other people made, and he was wrong. He often found himself taking three steps forward and two steps back, but he does not regret the mistakes he made, because he learned from them.

Tony was born in Cuba and his family immigrated to the New England area. He grew up very differently than the other people in his area, and the struggles he faced helped him to develop certain personality traits which he believes greatly helped him in his business. Tony never felt that he was poor even though he was not able to buy some of the things that other people had. Tony describes the wealth he has as his piece of mind. He does not have to get up and go to a job. He is not being forced to work for someone else every day without being able to control his destiny.

Bruce explains that feeling of control of his destiny and his family’s destiny. It does not feel good knowing that you do not have control of your family’s destiny, and to know that you cannot let them experience all the things you wanted them to. Tony warns that investors must be careful when they start feeling like they are free and clear. Mike tells everyone that there is always a way to screw up your plans. He has tried to dumb-proof his plans, which has lead him to investing in well located single-family houses with good schools and no debt on it.

Mike agrees with Tony’s definition of wealth. Mike believes there are three life currencies, which he calls money, time, and serenity. You can have the first two, but if you don’t have the third then the money and time is not very valuable. Once Mike gained his serenity, he realized that it was something he never wanted to let go of, and he works every day to maintain it.

In 1985 to 1989, people gained a great amount of equity. Bruce asks Mike how well they were doing during that time.  In the 80s, Mike was still learning to invest. He started his business in 1982. When the real estate market picked up, he started building houses and developing them. In 1987, he developed plans to become a big-time real estate developer. At that time, he did not understand that real estate has different cycles, and eventually he lost a lot of what he had gained.

Tony did very well during this same time period. He started as an appraiser because he wanted to invest. He learned a lot from banks, because he was able to look through all their files. He studied how banks qualified people, and he studied their top clients. He took that knowledge into his investing business. He also gained a lot of money by appraising for other investors. By the end of this cycle, he felt like quitting both sides of the business, because his work was all about the money and he was worn out. When he gained a large sum of money, he allowed someone else to handle his money for him, and he lost it all. When he went bankrupt, he had to walk home from the L.A. courthouse to Burbank. This gave him a lot of time to think about what he would not do the next time around.

After Mike’s bad run in building, he owned a lot of land, unfinished houses, a big subdivision, and a couple of unfinished condo projects. He learned from that experience that no matter how well you do, you can lose everything. Unfortunately, at that time he did not realize that you could also go negative, and dig a hole that takes time to get out of.

Not everyone chooses to dig themselves out of those sorts of problem. Some choose to walk away from their debts. Bruce has had people brag to him about how they own a rental that they haven’t made a payment on for 15 months. Mike considered the possibility of a corporate bankruptcy, but his partner encouraged him to pay off his debts. Bankruptcy decisions can hurt a lot of people other than the one declaring bankruptcy. It took Mike two years to take care of his debts, but everyone he was working with gained from his work, and he feels good about the decision he made.

It is very important to choose who you do business with. Mike suggests that you approach your search for a partner with the same seriousness that you would approach your search for a spouse. Mike has been approached for many partnership deals, but he accepts very few of them. He always asks his potential partners about how they are doing financially, because you do not want to let someone else’s bad decisions affect you.

The main less Tony learned from the down market in the early 90s was that he did not have to go into bankruptcy. Unfortunately, he did not realize this until later. Tony was given bankruptcy advice from an attorney, and he encouraged Tony to do it because he gained a fee from that decision. Tony warns that if you are chasing after deals out of fear for something, then you will eventually lose whatever you are making. When Toney came out of bankruptcy he learned to set goals. He was not so concerned with just making money, but with gaining his piece of mind. After he experienced bankruptcy, he came out with a better sense of who he was and what the ultimate purpose of his real estate business was.

Mike’s primary lesson from his downturn was that the bad times will not last forever. Everything will pass in time. He also learned the power of goals. He gained the determination to clean up the mess he had made. He also realized how important it is to figure out what you are really pursuing in life. Mike views real estate as a means to an end.

Bruce’s real estate experience has lead him to his passion, which is teaching. He enjoys the experience of calculating statistics that can be used to help other people. This discussion will continue next week. Mike and Tony will be back next week.